Anyone who has ever listened to LiL’ Wayne, knows that he is a die hard Blood…supposedly.  Lil Wayne…

Anyone who has ever listened to LiL’ Wayne, knows that he is a die hard Blood…supposedly.  Lil Wayne is constantly promoting the bloods, their “soowoop” catch phrase, colors and slang.  He promotes his “gang” in several of his most popular songs such as “Mr. Carter“,   “A Millie“, and the obvious “I’m Blooded“.

Well apparently some Crips in Weezy’s soon to be new home, Riker’s Island, is waiting to give him a nice housewarming present for when he arrives after he gets his teeth fixed.

According to Sandra Rose, Lil Wayne made an obvious attempt wear Blue to court to try and shake off some of the death threats that were being thrown his way.

Whether or not this is true.  You better believe that Lil’ Wayne is not going to be in the general population and will be well protected.  I’m sure that they will keep the “Bubbas” at bay.

John Mayer's Penis Is a Racist

MJ's Vitiligo is Confirmed Through His Autopsy

In case you missed it, Kanye West and Wiz Khalifa got into a Twitter battle and it wasn't over Amber Rose. But it's the reactions that take the cake. Check out some of social media's best commentary on the viral squabble.
byVictoria Johnson 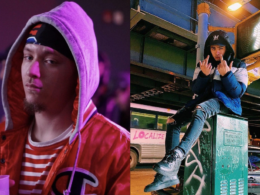 The worst romantic pick-up lines you could ever use...
byBrennen Jones