Although giving Kobe Bryant the title of being the “Player of the Century” may be a little premature, but Dime Magazine may be on to something depending on who you ask.

And let the debate begin…

Popular basketbal lifestyle mag, Dime Mag, recently rolled out their October 2012 issue #71, and on the cover is none other than the Los Angeles Lakers’ Kobe Bryant.

In it, the magazine names the NBA superstar, the “Player of the Century,” offering their opinion on the best player since 2000.

“Who’s the best player since the days of the Y2K scare?” Dime asks. “Our best player is Kobe Bryant, the cover subject of this issue, and we’ve already heard from plenty of people who are speaking up for their own favorite player in that debate.”

Yes, we know that the century is only 12 years in and maybe a “player of the decade” title may have been more appropriate, but nonetheless they do have a point that Kobe could be considered the “Player of the Century” thus far.

But what do you guys think?

Wyclef Thought Lauryn Hill's Baby Was His According to New Book

While the whole world continues to wait for the Manny-Pacquiao-Floyd-Mayweather-Fight-of-the-Century to happen, it looks like Manny will have another fight on his hands real soon with tax officials in his homeland, the Philippines.
byValaney 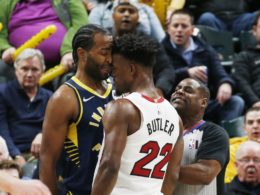 The Collapse of Lamar Odom

Lamar Odom is back in headlines. This time it is not related to basketball or championship rings. This article attempts to take a deeper look into the life of Lamar Odom and former basketball player's personal collapse.
byMatthew Rash