Why Daredevil Could Be Marvel’s Next Digital Slam Dunk

With Daredevil’s success on Netflix, is it time for Marvel to develop a videogame around the character similar to what DC has done for Batman?

By now it’s become obvious that the new “Daredevil” original series for Netflix is a huge success for Marvel. If you’re a little late to the game in noticing this, I highly suggest you make some time and binge-watch the whole series right now (seriously, do it now). The series has already been green-lit for a second season, according to The Hollywood Reporter.

The hit series does all the right things when it comes to rebooting the adventures of visually impaired crime-fighting lawyer Matt Murdock and his trusted friend and law partner Franklin “Foggy” Nelson, and audiences have responded with much enthusiasm. Taking a chance by marketing toward an older audience with mature story-telling and breathtaking, bone-shattering fight sequences, Marvel managed to completely reinvent the character for a new age while remaining faithful to the hero’s well-established roots.

All the important supporting characters are there including watchdog reporter Ben Urich and legal assistant Karen Page. This helps the series not only maintain an air of authenticity but also establish the world that is Daredevil’s little slice of Hell’s Kitchen. It makes the location feel just as alive at its characters.

Daredevil has done well because it has succeeded on its own terms and has taken its time to tell the story it wants to tell in the way it needs to be told. It also stays confident in its own merits. The show never feels desperate for the audience’s approval and doesn’t feel the need to shoehorn every character under the sun into the series. You know, unlike the well-intentioned but ultimately underwhelming “Gotham.” Instead, the show focuses on its story and its characters and lets things move at their own pace.

The end result is perhaps one of the best live-action superhero adaptations for the small screen to date, clearly out-classing even Marvel’s own high-quality productions for network television.

All this begs the important question as to why Marvel doesn’t take the next logical step and give this man a video game. Marvel’s brand has never been more popular and titles like the absolutely stellar Batman: Arkham Knight (from rival DC Comics) prove that it isn’t that hard to make a beat-em-up with brains. It would seem as though it’d be easy enough to adapt a similar formula to the world of the TV show and then fall backwards into a bed full of money.

In addition to Marvel’s popularity, there’s obviously the resurgence of everyone’s favorite Man Without Fear—Daredevil, of course. With that in mind, there’s never been a better time for the House of Ideas to take another stab at giving the devil of Hell’s Kitchen his own video game. It seems like the seed has already been planted, though.

The character already moved into the casual gaming market by finding placement on this online gaming hub, which combines real-money gambling with a slew of pop culture references.

There are other Marvel superheroes residing on the site in addition to nods to popular film and cartoon characters. That being said, the last time Daredevil had a starring role in an actual video game was over 10 years ago for the Game Boy Advance. Unfortunately, that game was about as good as the regrettable 2003 movie with Ben Affleck.

There’s no way Marvel is blind (see what I did there?) to Daredevil’s endless potential. It’s only a matter of time before it decides to grace fans with the game they want. But for those already eagerly awaiting next year’s second season, that day can’t come soon enough. 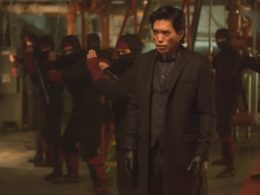 Have you ever wondered why people choose playing video games to destress? Well, many scientists say that stress…
byTUT Staff

Is Wearable Technology the Next Phase as Mobile is Dominating?

It is quite clear to everyone that mobile technology and investment dominate near enough all aspects of our existence.
byTUT Staff