Meet the Newest Members of the South African Air Force

The South African Air Force has 2 new members selected to active duty earlier this month. Wim and Tobie are sure to contribute greatly during their 2-year stay.

Makhado Air Force Base in South Africa is very unique. On December 2nd, two cheetahs have been deployed there as part of a program started in the 1990s that place cheetahs on military bases for animal control purposes. The big cats started active duty on this specific base, ordered to roam the base freely, hunting small game that might run onto airplane runways. The smaller creatures from nearby nature reserves pose potentially serious risks to flight safety.

“As wild animals become habituated to noises from aircraft, they are no longer frightened off the airstrip at the sound of an oncoming plane,” explains the Hoedspruit Endangered Species Center, which donates cheetahs to the program. The Makhado base is located near three of the nations nature reserves.

The endangered species center provided the air base with two male cheetahs this fall. The two cats, Wim, and Tobie, aged six and seven, were born in captivity. Additionally, they were fitted with GPS collars and brought to Makhado on October 20, where they were kept in a holding area for several weeks “so as to acclimatize them to the sound of aircraft and their new environment.”

A fairly ingenious strategy would never be used in the United States. However, such a strategy seems to be working quite well. That was until they attacked a warrant officer. It is fairly unusual for captive-born cheetahs to attack humans as they prefer smaller prey and are acclimated with human contact. The attack was rare and no one was seriously injured. Consequently, all parties are working to properly educate everyone on how to deal with the cats.

Wim and Tobie will serve a two-year tour at Makhado. Once their active duty is up, they will return to the Hoedspruit Center, eventually to be released into the wild. Their job is relatively easy and they are the best-suited cats for the job. As a reward, they will get to live out the rest of their lives a part of their natural habitat.

There are between 12,000 and 15,000 cheetahs left in the wild in Africa. Notorious for being the world’s fastest land mammal, the cheetah is listed as a member on the threatened species list. Contributing factors to decline in population include loss of habitat and prey, as well as hunting by farmers protecting their livestock. The Hoedspruit Center has done a great job at raising cats on the endangered species list and hopefully we can observe a rise in the global population.

RIP: Notable Celebrities We Lost In 2015

The Obama administration will provide military aid to Syrian rebels after officials discovered that President Bashar al-Assad has in fact used chemical weapons against them.
byHaley BeMiller

Officials say at least 245 people died in a nightclub fire overnight in Brazil, and that number is expected to climb.
byTUT Staff

Edward Snowden has been granted temporary asylum in Russia for a year.
byJohn Bean 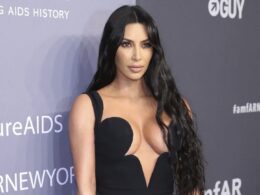