Did you know Mattel produces a franchise called Monster High? It’s the Barbie everyone should be playing with, but no one talks about.

This is a true Hollywood story. Did you know Mattel produces a franchise called Monster High? It’s the Barbie everyone should be playing with, but no one talks about. While consumers complained of a lack of diversity with Barbie, I could care less if I saw a Barbie that looked like me because Barbie wasn’t me. I didn’t want a dream house and a luxury car. Who cared about mean girlfriends that went to the mall or the beach?

Monster High was the click I wanted to hang with! You have the main monsters Clawdeen (The daughter of Werewolf), her younger sister Howleen and brother Clawd who has a girlfriend name Draculaura (Daughter of Vampire), Frankie Stein (Daughter of Frankenstein), Cleo De Nile (Daughter of Mummy) whose boyfriend is Deuce Gorgon (Son of Medusa).

You always hear parents say this about Barbie, “She is setting unrealistic examples…” Well, you will never hear parents say that about Monster High. Mattel has taken the Boogie Man and the other things that go bump into the night and made them fun. I mean when you think about Halloween, everyone wants to dress up attractive or scary; well these dolls have the best of both.

Even adults (including myself) get in on the fun of collecting these ghoulfriends and their mansters boyfriends.

Toralei Stripe (Daughter of a Werecat) style is something that any Fashionista would copy in a second! Mattel Monster High Heels Collection would put Carrie Bradshaw to shame and I only dream of the day they will make a shoe line adults can wear! 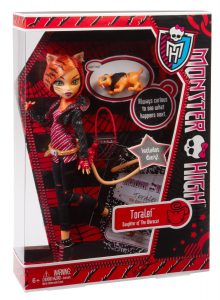 “Be Yourself. Be Unique. Be A Monster” is Mattel Monster High Motto and what better way to show that with their awesome catchy theme song!

Barbie has to always get a makeover to keep up with society, but Monster High always gets a new friend who wants to be a part of the every growing society.

Amazon has the biggest selection of inventory I have ever seen, from dolls, costumes, coloring activities, movies, soundtracks, make-up kits, apps and more!

And with “Great Scarrier Reef” the thirteenth TV special produced for the Monster High cartoon series being release Spring 2016.

I can’t wait for the Mattel Monster High kids/juniors clothing line to come out too! 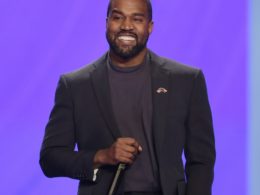 West is also a suspect of failing to pay MyChannel $7 million for their contributions to Yeezy Apparel.
byBien Luigi 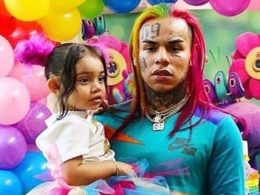