Muhammad Ali Sold The Rights To His Image, Slogans And Intellectual Property. ABG Set To Rake It In Big After Ali’s Death.

As of 2013 at the time ABG acquired the rights to Muhammad Ali’s image there were 40 main brands that had licensed the rights to Ali, including American Greetings, H&M, Dolce & Gabbana and Adidas.

The entertainment business is a game for the wealthy. Muhammad Ali’s death will bring a great windfall to a lot of people but Ali’s family will benefit the least.

Back in 2006 Ali inked a monumental deal with CKX , the company that owned American Idol and similar shows in 100 countries around the globe. He received a $50 Million cash payment in exchange for 80% controlling rights of his name, image, trademarked slogans and videos.

“This relationship with CKX will help guarantee that, for generations to come, people of all nations will understand my beliefs and my purpose,” the Olympic gold medalist and a three-time world heavyweight champion said of the deal at the time.

CKX owner Robert Sillerman said “While we all recognize that Muhammad Ali is one of the greatest athletes of all-time, his achievements outside of the boxing ring are certainly as great as his ascent to three-time world heavyweight champion. We are so pleased that we will be working together with Muhammad Ali and (wife) Lonnie Ali to ensure that his message continues its global reach.”

The champion athlete and humanitarian maintained 20% of the rights to his own name. The contract also gave CKX the option after 5 years to buy that 20% from Ali.

In 2013 CKX sold the rights to Muhammad Ali’s image and intellectual property to Authentic Brands Group. Authentic Brands Group now owns the largest library of photos and videos of the boxer. The contract includes trademarks owned by the Ali estate including “Float Like A Butterfly, Sting Like A Bee,” “Thrilla In Manila” and “Greatest Of All Time.”

As of 2013 at the time ABG acquired the rights to Muhammad Ali’s image there were 40 main brands that had licensed the rights to Ali, including American Greetings, H&M, Dolce & Gabbana and Adidas.

In 2015 Baltimore based sports brand Under Armour bought into the Ali name. Ali teamed with ABG, signing a multi-year deal that would launch to launch a line of Ali branded products.

“He’s an iconic hero from the past and a true innovator,” said Glenn Silbert, the vice president of men’s, outdoors and team sports at Under Armour upon completing the deal.

“We wondered what Ali would have been like if he had a brand like ours when he was getting started and how great it could have been. That has been the mentality of our design team throughout this process.” He continued.

Hopefully Ali left a will and had money saved because ABG owns the rights to his name, trademarks and all of his intellectual property and they’re selling him off piece by piece to the highest bidder. The company can license him image, footage and slogans to whoever they choose at the price they negotiate and keep at least 80% of the profit per deal.

With the  death of the American icon this past weekend sales of  Ali merchandise are  sure to increase tenfold and ABG is set to  rake it all in.

Is this what it’s like to be an entertainer? You work your whole life, dedicate yourself to your fans and craft and when you’re too old or sick to actually work you sell the rights to your image and everything you put your blood sweat and tears into to a company. A company who now is focused on putting you and your your likeness to work because the more they sell you the more money they make, while you collect pennies off every deal. I wonder how far that $50 million went in 10 years.

Note: ABG bought the rights to Ali from CKX for an undisclosed amount.

I Am Black And Conscious, I Celebrate Juneteenth. Keep Your European Independence Day Away From Me

New pictures of the actors on set of the Amazing Spider-Man may show a major spoiler. Just a simple wardrobe choice could foreshadow a major characters death.
byEverick Davis Jr 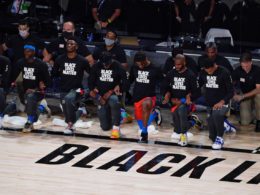 Chris Pine will star opposite Gal Gadot in upcoming Wonder Woman solo movie. Patty Jenkins is set to direct and the film will be released June 2017.
byCourtney Robinson