HBO ‘Game of Thrones’ is Coming to Pittsburgh October 2016

Well, at least the actress Rose Leslie (Ygritte) is. She is scheduled to star in the new CBS medical drama Sensory set to start filming this autumn in Pittsburgh.

Sensory is inspired by the true story of neurologist Joel Salinas, is centered around a veteran neurologist and her protégé who has mirror-touch synesthesia, a neurological trait that causes him to experience other people’s sensations.

The cast is scheduled to include Ashton Holmes, Courtney B. Vance, Rose Leslie and possibly you! If interested in getting a part in the TV show register here.

CBS Television Studios, Scott Free Prods, and TriStar Television are looking for crew members to work on the new TV pilot. So, if you’re a grip, electrician, production assistant, casting director, etc., then email your resume to sensorytv2016@gmail.com. 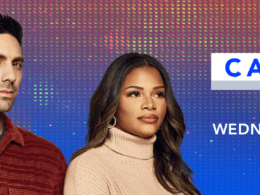