Al Roker Tells The Truth And Is Shamed By NBC

Al Roker is the lovable weatherman on NBC’s “Today Show”. He is witty and pleasant for the most part. He is the quintessential unassuming, amiable black guy.  Al’s voice isn’t necessarily deep. He isn’t known for having good looks or even being a sex symbol.

Al Roker is safe. Safe as in, we can expect him to not feel passionate about touchy subjects.

What exactly did Billy Bush expect to happen as Al Roker endured his glazing over of Ryan Lochte’s lies? Ryan Lochte represented this nation in Brazil and he, blatantly, lied about being robbed and assaulted. How is that embellishment? What, exactly, should we call being purposely deceitful?

Al Roker reacted and responded as any sensible, adult man would when he hears complete bullshit. He called a spade a spade. Apparently, THAT was too much for NBC execs. They were “embarrassed” and “concerned” with his “rant”. Rant? Yes, a rant.

A rant, by the way, implies that he had no control over his emotions.

“He lied. He lied to you, he lied to Matt Lauer, he lied to his mom, [and] he left his teammates hanging while he skedaddled.’’

Billy Bush’s classic patronizing “whitesplaining” added insult to injury. Seriously, integrity has all but left journalism and to expect white people to be honest about their shitty ass people is a stretch. And a half. Telling Al Roker to calm down didn’t help either. He is ostensibly the non-threatening black man on the morning show. Even the white female anchor AGREED with the big guy.

Yes, we understand that NBC was the channel which sponsored the Olympics. The Olympic committee is acting like Ryan Lochte, simply, farted during the awards ceremony on air while the mic was on. Like this was all good clean fun. They’ve not revoked any medals nor released a statement.

But God forbid a docile black man has a not so favorable opinion of one of the good old boys. HE has to make the situation right.

I PRAY that Al Roker doesn’t release some cornball apology about him being responsible for his words and actions. The “Today Show”, Billy Bush, NBC Execs and the Olympic Committee could take a lesson in being forthright and honest.

As the news AND people should be in the first place.

Check Out a New Poster for the Michael B. Jordan-Starring Anime ‘gen:LOCK’

The good, the bad, and the ugly on Black women and beauty.
byAmy Wesley 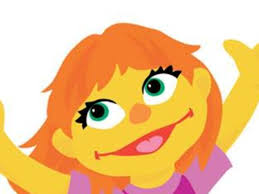 ‘The Catch’ is Coming to #TGIT

Shonda Rhimes is adding another show to her #TGIT lineup.
byChristina Jeter