Michael Nardelli tells us why he will be home for Christmas and he wants everyone to share in his Hallmark moment!

Christmas In Homestead is slated to premiere on Hallmark Channel on November 24, 2016.

Michael Nardelli plays Ian Cooper, an aggressive paparazzo, who makes his living chasing celebrities and getting the dirt on their love lives.

Ian gets pictures of Jessica, one of the most famous actresses in the world, and Matt’s innocent hug and is ready to sell them to the tabloids for a bundle.

However, Ian growing attraction for Zoe, Matt’s sister, makes him hesitate to move forward with the transaction.

What did you learn from your role in ‘Christmas In Homestead’?

I learned a lot about the paparazzi since my character, Ian, is a paparazzo himself. How they work, why they do it, how some see it as an art form. I watched a documentary called “Smash His Camera” about Ron Galella as research for my role. It was really enlightening. Paparazzos get a bad rap, and sometimes they deserve it because they invade privacy and break laws, but it was interesting to learn how lonely their lives can be. You’re talking about a job where you show up and basically, no one wants you there! So it was enlightening to walk in those shoes for a bit.

Where will we be able to see your upcoming web series ‘Dark/Web’? How often will you be releasing new episodes of the show online?

The entire series will be eight episodes — eight chapters really. It’s like a book. We’re promoting the show on LRMonline.com; we actually did a contest with their readers and let them submit scripts for the show and we chose the winner and will be producing that episode as part of the series.

LRM is updating readers on the production, what goes into making a digital series, all that stuff. The plan is to debut material from the show on the site next year, but right now we’re just trying to get everything “in the can.” We have a few episodes shooting this week actually. Zelda Williams is directing one and starring in it, and Boman Modine is directing the other one.

As a producer, writer and actor, which role do you find more challenging and why?

They’re all challenging in different ways. Writing can be challenging because you’re usually doing it alone and having to make the decisions – at least initially – without a sounding board, but I love it so much. Acting is challenging mostly just in the politics of it all – getting the part, trying to sell yourself, etc.

Once you get on set, that’s when things are usually super fun and you get to play with the other actors. Producing is rewarding and you feel empowered as you get things done, but a lot of the times you’re basically a coordinator pulling teams and departments together, so I struggle with it at times when it’s the less creative aspects of producing.

What made you decide you wanted to declare yourself as a Sci-Fi, Comic Book, and gamer nerd?

I’ve always been a sci-fi, gamer, comic nerd. It was my escape growing up. I always lived in small – I think it’d be safe to say delightfully “boring” – towns growing up, so I think I loved the escapism of reading about different worlds, superheroes and the fantastical. I also like exploring real life issues in sci-fi and fantasy. It helps you to look at your own world through a different lens. The sci-fi, comic book, gamer world just feels like comfort food to me.

Have you ever been to Comic-Con?

Have I been to Comic Con!? Ha! Many times. I love it! My favorite memory was meeting Joss Whedon at an after party; he was just as amazing and delightful as you’d hope he would be. We screened our film “Circle” at Comic-Con last year, so that too was a great experience.

How did you prepare for your role in the Netflix film Circle?

For Eric, I actually researched a lot of famous chess players and grandmasters. People like Bobby Fischer and Garry Kasparov. Eric was very cerebral and knew what he was doing from moment one in the circle, so I went backwards in my mind to figure out what could have shaped a person like that. He was clearly a big gamer – someone who’s quiet and studies the rules before speaking up. He’s smarter than he appears, so I wanted to understand that kind of complex brain.

How do you donate your time to the charities that you are involved with?

I try to pick a few times each year to get my friends together and organize a move in for a homeless family via the PATH organization. Last year we moved a family into a new home for Christmas and had the entire place furnished — toys for the kids, everything. Every spring I also raise money for Autism Walks to support a friend of mine whose brother is autistic. It’s one of our favorite times of year and a great cause to be involved in. The walk is really inspiring. In terms of making time for it, there’s never time to do anything in life so you just have to commit to some of this stuff and then it all tends to fall in line.

What made you want to obtain a Bachelor’s degree in Film and Theater from USC?

I grew up a huge film and TV lover. I always had my nose in a book or was sitting in a cold theater watching a movie growing up. There wasn’t another career option I ever really thought of other than acting and filmmaking. When I was getting close to graduating from high school, I only looked at schools in Los Angeles.

I knew I wanted to be in the middle of it all and I knew I wanted to study both theater and film because I’ve always just been interested in the entire filmmaking process and figured there’d be a day where maybe I’d spend more time behind the camera rather than in front of it.

What actor would you love to co-star with and why?

Lisa Kudrow! I’m drawn to the dark stuff, but I’d also love to do more comedy than I’ve done lately. Her characters are always so specific, so imaginative, and still so grounded in reality. I want to know how she does it!

What director would you love to direct one of your scripts and why?

Joss Whedon. Like I said, I’m an enormous fan. I’d love to learn from him. There’s no one else who can make big entertainment and still give it a sense of heart and morality than Joss Whedon. I’m also a fan of mixing genres and that’s something he excels at. Alfonso Cuarón has always been at the top of my list too. I fell in love with his style when I saw Y Tu Mamá También many years ago.

The entertainment business has been described as one of the most fickle industries in the world, “Here today, gone today”. In one word, how would you describe your passion for it?

Well, my passion for it certainly isn’t fickle. I’ve been a lifelong fan of show business and I hope I get to stay active in it professionally forever. Things are always cyclical – trends, careers, etc. – any actor can tell you, you have to ride waves of work, work, work followed by great periods of rejection, rejection, rejection.

An acting coach I work with, Warner Loughlin, always says “It’s a sixty-year career, not a six-year career.” What that means is: slow down, not everything has to be an overnight sensation. I hope I continue to get bigger chances and bigger parts in bigger things, but really I’m happy if I get to keep having steady work with people I can learn from, telling stories I’m proud of. 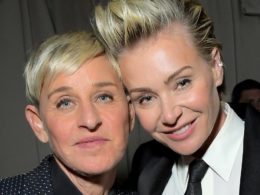 While a total value hasn’t been attached to the missing items, the neighborhood has “had to deal with people coming into the area, casing our properties, and breaking and entering.”
byBien Luigi

Parker Wierling Transports Me Back to WWII via “Greyhound”

Read how Parker Wierling is 'TailorMade' with his new music, film, and one of a kind style.
byChristina Jeter
Read More

Miguel performs an ill-advised move during last night's Billboard Awards that ended with him landed kicks on a couple of unsuspecting fans.
byBrennen Jones

Tupac, Elvis, Bruce Lee, and others are alive and well in Dutch beer ad.
byTUT Staff