Are You Safe Riding With Uber? Another Uber Driver Accused Of Assaulting Passenger.

Uber acts as if you are assaulted, or raped, that you signed up for it when you decided to get into a car with a stranger. Is this really safe?

Do you use Uber? If so, do you always feel safe when riding? After reading what I’ve found, you might feel a little less safe. I am not fond of the idea of having a random stranger from the internet come to my home and transport me anywhere. For some reason, I just feel like I’m inviting danger to my door. I know Uber and Lyft are the new trendy ways of getting around but I prefer a cab and when not in a rush, I’ll take public transportation with no problem.

Over the last few years I’ve steadily watched the number and level of aggressiveness in alleged attacks perpetrated by Uber drivers against their customers that I can’t even think of downloading the application. This morning TMZ broke the story of another alleged Uber driver assault. Joseph Fusco says that last month he was beaten and left bloodied on the side of the road by his Uber driver. To add insult to injury, Fusco says he was charged for a 28-minute ride. Fusco claims the beating was precipitated by his driver’s refusal to drive him 9 miles home. He alleges the driver physically dragged him out of the car and beat him, breaking multiple bones in his face and knocking his teeth out. The driver also allegedly stomped Joseph Fusco on the ground before he left him bloodied on the side of the road.

This is far from the first incident of an Uber driver being accused of violently assaulting a passenger. In November 2016, Uber settled a lawsuit filed by two women passengers from Boston and California, both women claimed to be sexually assaulted by Uber drivers. Uber settled the lawsuits for an undisclosed amount but the victory is an important one. It’s the first time Uber has been held liable in the U.S. for the actions of their drivers. Before now, Uber has used every loophole they could find to avoid culpability.

Last month, after years of reported assaults and incidents of Uber drivers allegedly attacking passengers, Uber released a list of guidelines for passengers. The rules ban vandalism, vomiting and flirting while using Uber services. The guidelines clearly prohibit firearms in Uber vehicles as well as any illegal activity such as human trafficking.

In a statement on it’s website, Uber has said

“Most riders show drivers the respect they deserve. But some don’t—whether it’s leaving trash in the car, throwing up in the back seat after too much alcohol or asking a driver to break the speed limit so they can get to their appointment on time. This kind of poor behavior is not OK, which is why we will take action against passengers who are rude, abusive or violent.”

In October of 2016 a California Uber driver was arrested and charged with four sexual assault charges after he was discovered sexually assaulting an unconscious minor in his car. 23-year-old Samer Alaadeldin Mahran was arrested and accused of drugging his 17-year-old victim before forcing oral sex on her and penetrating her with a foreign object. Her relatives actually tracked down the car with Mahran still in the backseat assaulting the girl. Mahran ran from the car and was arrested later the same day at his home.

In July of 2016 a woman in Palo Alto, California reported that her Uber driver sexually assaulted her. The driver was subsequently arrested and charged with sexual assault.

These instances are not isolated events, nor did they begin in 2016. In fact, Uber has been having similar problems across the globe.

In September 2015 Uber settled a lawsuit with a woman in New Delhli, India who said her Uber driver violently raped and beat her. After this incident, Uber was temporarily banned from operating in New Delhi, India’s capital and a a major transportation hub. The ban was later overturned.

In May of last year, it was discovered that there had been 32 allegations of rape by an Uber driver in a 12-month time period.

Uber does it’s best to weasel its way out of any responsibility for their drivers  actions by  constantly pointing out they are not Uber  employees, but independent contractors. Uber also constantly reminds critics that they are not a transportation company, the company is a technology.

Uber acts as if you are assaulted, raped, or beaten, that you signed up for it when you decided to get into a car with a stranger that THEY sent to pick you up. According to Uber’s terms of service,

“YOU EXPRESSLY WAIVE AND RELEASE THE COMPANY FROM ANY AND ALL ANY LIABILITY, CLAIMS OR DAMAGES ARISING FROM OR IN ANY WAY RELATED TO THE THIRD-PARTY TRANSPORTATION PROVIDER.”

There is something unnerving about a company that willingly sends out strangers to meet people and transport them and then says they have no liability for what that person does. Uber does the background check, Uber pays the driver, you use Uber to contact the driver, who Uber pays, and if they attack you Uber says, tough cookie, read the terms of service.

CBD has penetrated so many different products.
byTUT Staff

Celebrity fashion-retailer Barneys New York is permanently closing all of its stores on Sunday, February 23, before finalizing…
byBien Luigi 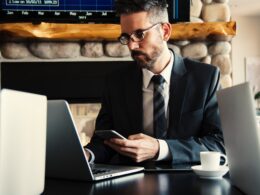