Serena Williams is in the Sunken Place Now. Caught Looking Busted and Disgusting in Dollar Tree.

When I saw these photos of Serena, whom I have never seen look anything but polished, other than after an intense match, I cringed. Poor Serena, she’s in the sunken place now. GET OUT!

I can almost hear the outrage you will read this article with and I’m already laughing as I type. Serena Williams looks like she escaped from the sunken place for a quick run to the local Dollar Tree.

I woke up this morning to an edited image of Serena Williams from inside the Dollar Tree. While the edits did nothing to change her appearance, the words on the photo were quite harsh. Funny but still harsh. 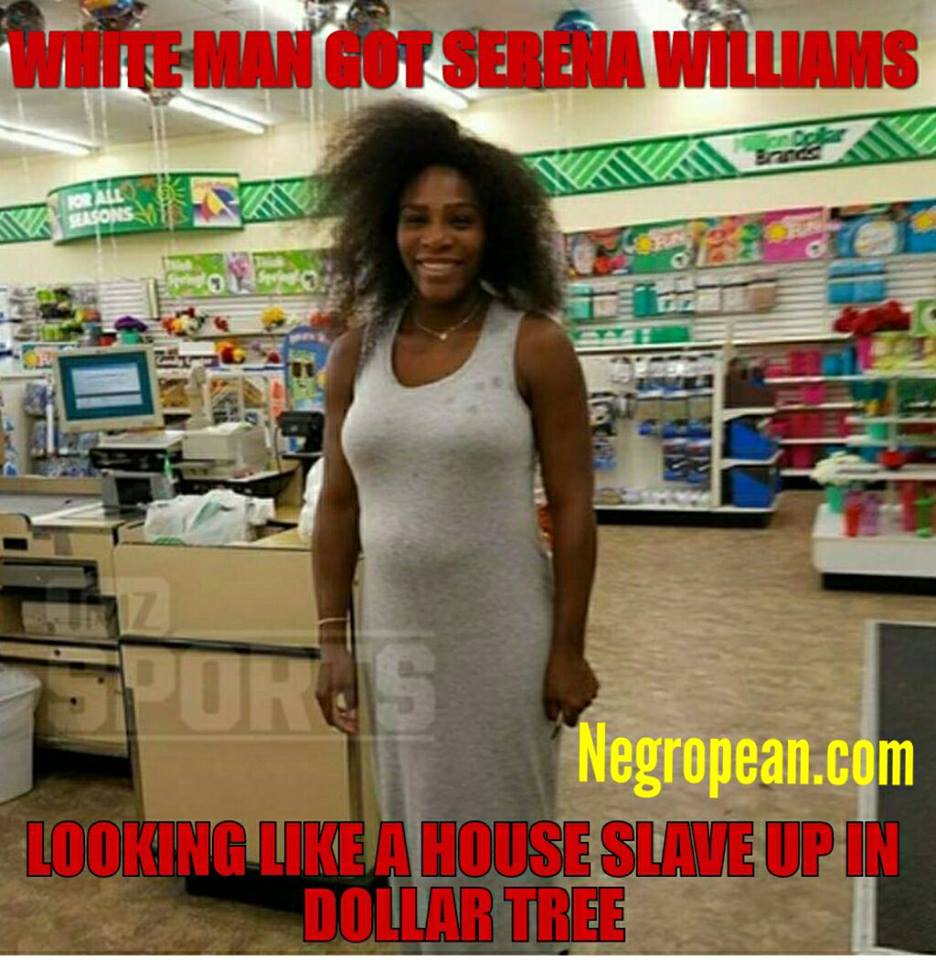 The photo immediately made me think back to conversations with my grandmother growing up. I make no secret that while I claim no religion, I was raised by a proud Muslim woman. My grandmother had her very distinct feelings about interracial dating and I will admit, I adopted quite a few of my own over the years.

I was never influenced by my grandmother’s ideas. In fact, growing up, because they were pretty much all we saw in positive roles, I was attracted to whites and other cultures. It was not until well into adulthood that I started to have different feelings about interracial dating based off my own observations.

When I was active in the entertainment industry as a performer, I got the chance to see first person how desirable Black women are to men of other cultures. They see us as exotic and love to parade us around on their arms. Why wouldn’t they? If I had a history of oppressing, raping, beating and destroying the family of someone and they willingly chose to walk on My side, I’d parade them too. I’d show the world that my past has no bearing on how far some are willing to go to reach their goals.

It’s like how “massa” used to have the Black man killed and then he could provide for his family. His wife and children would be dependent upon him. The daughter as she grows would become his concubine. The way the Black man has been pulled away from his women and family, disgraced and put into situations where he can’t provide is deplorable.

Before you try to tell me that the Black man isn’t pulled away from his family purposefully, I dare to you to explain to me in common sense WHY the government will help any woman and child in need AS LONG AS they can tax or punish the man. These practices disproportionately affect communities of color.

A woman files for any government benefit from cash assistance, to day care vouchers or food stamps and the government gives it. Do they look for the woman to pay it back? NO, they ask for the absentee father’s information. The father who may already not be doing good by the kid, because the minute he DOES get something, they will tax him. When you apply for section 8, in most cases it is made clear that adult men, boyfriends, baby dads etc are not allowed to live there UNLESS you’re legally married and they have all of his information. The government is  your man and you need permission to do what you want in it’s house.

But I digress, when I saw these photos of Serena, whom I have never seen look anything but polished, other than after an intense match, I cringed. 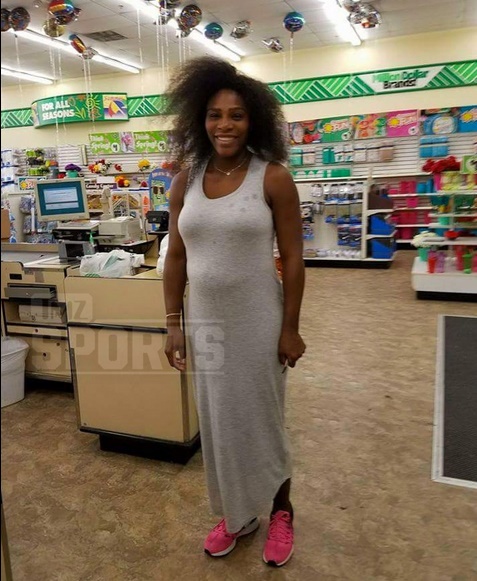 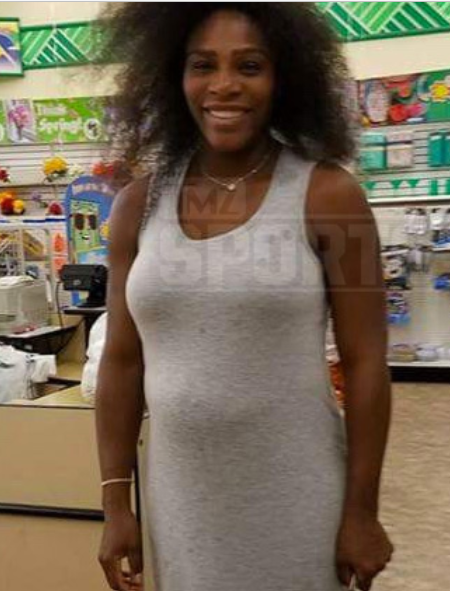 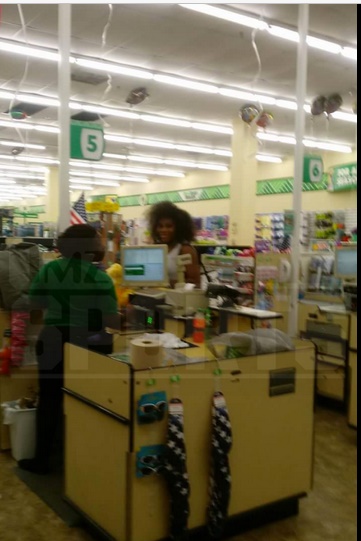 I said to myself, either this is exactly what he wanted or she has sold her soul and is now being publicly humiliated. I hate to say it but I hope it’s the latter of the two. It’s the only way it would make sense to me.

This image of Serena in Dollar Tree is the one that has always caused Me to avoid interracial relationships. Ideas roll around in our heads, but when you see your idea in actual physical form, it’s scary. I feel like when they date us it’s exactly for this, to breed us, as they used to. Serena is strong, intelligent with exceptional African features and she has an almost unmatched talent. That is intimidating, yet intriguing to many.

I’m telling you, I feel like dude was told to breed her, destroy her image and dump her. I will not be surprised when she is a single mom and unable to continue her career. I wonder if her bestie will call her and tell her no matter how much “he” convinces her it is fine to go out like this, it isn’t.

Man, we worked so hard to get away from fat, black, nappy and barefoot in the kitchen but I guess we should look for those pics next.

Poor Serena, she’s in the sunken place now. GET OUT!

What To Do With A President Not Named Bernie

A few weeks have passed since Clinton got the nod for the democratic nominee. Bernie supporters, especially those in the black community, are still questioning their next move. What's next to do with a President not named Bernie?
byKyle Hiller

How Ryan Lochte Hijacked the Olympics with His White Male Privelege

The good, the bad, and the ugly on Black women and beauty.
byAmy Wesley

The story of Nate Parker's rape case reveals the shocking reality of the Black community's acceptance of rape culture. The Black community supports Black male rapists at the expense of any of their victims.
byAysha Bee