As always, Pixar films always has hidden features from past films in their current movie.

The movie begins with a flashback nine years ago and answers the question, “What happened to Bo Beep and her sheep?” Then flashes forward to memories of adolescent Andy with Woody up until Andy goes to college and gives his toys to Bonnie.

Then the opening score begins, which is Paul Newman “You got a friend in me” while revealing the title ‘Toy Story 4’ setting the scene for Bonnie and her adventures with Woody and her new friends she encounters on her journey through childhood.

Bonnie starts her first day in kindergarten and we are introduced to Miss Wendy her teacher who gives the class a special assignment. Woody, being the loyal toy that he is, gives it his all (literally) to make she that Bonnie has a great first day at school. Paul Newman new songs align perfectly with scenario in the film, “Can’t let you throw yourself away”, had adults laughing and crying because its reminiscence of what toys are to children and what children are to toys. Someone’s trash is truly another person’s treasure!

As always Pixar films has a hidden feature from past films in their current movie, tell me did you catch the reference? (Hint: “I sleep under my bed every night, because I’m scared of the cars from Cars! [whispering] If gasoline is their food, then why do they have teeth?”―Milhouse, The Simpsons).  Toy Story 4 introduces a platform of new characters including Gabby Gabby voiced by the real-life doll Christina Hendricks who has an entourage of creepy goons named Vincent.

‘Second Chance Antique Shop’ sets the harmony and tone for the conclusion and possibility of a Toy Story 5. Each toy voice box has a memorable quote through-out the film, mine was, Yes, I Can-ada by Duke Ka Boom! At the end of the film I learned that “Loyalty is the most noble thing a toy can do”. Toys never get lost they just go to infinite and beyond providing each child with that precious childhood memory.

P.S. Make sure you stay tune during the ending credits for the bonus features. 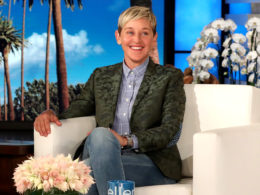 As someone that has enjoyed some of the movies actress Alicia Silverstone has made over the years, the headline…
byTUT Staff

Playing only in select theaters La belle et la bête is a fascinating new tale on an old spin, you don't want to miss.
byChristina Jeter