USA’s reality TV just got hotter thanks to the recent release of Love Island on CBS.

USA’s reality TV just got hotter thanks to the recent release of Love Island on CBS. Set in the tropical bliss of Fiji, we’ve already met ten gorgeous guys and gals ready to shake things up in paradise. Love Island USA fans are already obsessed over Yamen and Alana. Caro is left single after Kyra decided to pair up with Cashel, but Caro won’t be single for long. Two guys are already making their way to the Fijian villa: Dylan and Cormac. Between the two, Cormac Murphy model, 26, is already making news as the next villa-wrecker with his confident Irish demeanor. Here’s how it could go down between Cormac Love Island newbie and the current Islander girls within the next few weeks.

Mallory is a promising candidate for Cormac Murphy Love Island newcomer, especially since she’s the self-proclaimed socializer and party girl on her CBS biography. With her wild-child background, she could be the perfect fit for Cormac Murphy model and promoter.

Cormac Murphy apparently works as a nightclub promoter in Manhattan, so he can definitely keep up with her party girl speed.

Kyra’s slinky figure and musical talents are enough to make any guy turn heads, but it’s what’s she’s been saying that could make Cormac Murphy model her type.

We recently found out that Kyra is bisexual as she admitted that her longest two-year relationship was with a woman. In an interview with People magazine, she stated that she’s looking for a guy “who is confident” and can “handle some sass.” She also doesn’t mind if a guy is “tatted” as long as he’s his “true self.”

As we’ve already seen, Cormac Murphy model is fully tatted from his feather tattoo to forearm piece. This does give him some edge from the other guys and shows he’s got a unique, artsy side like Kyra. He’s also claimed to be confident in winning over the girls claiming if he went to college he’d “have a degree in women.” The words are there, but will it lead to action?

As the only single girl currently, Love Island Cormac Murphy model could set his sights on Caro for this fact alone. It’s the least messy route, which might even gain Caro’s trust that he’s in it to win it.

Additionally, Caro is one of the worldliest contestants as she’s lived in six different countries and speaks three different languages. This fact alone could create sparks with model Cormac Murphy – the first Irishman to be on Love Island USA.

As in previous UK Love Island seasons, people have admitted that some of the male contestants tend to lean towards the blondes. It was even an issue the UK’s GQ gracefully tackled in a recent article.

But, there is more to Elizabeth Weber than but a pretty blonde face. She’s currently living in NYC, which is also where Cormac Murphy model resides. From this vantage point, she’s already got a leg up on the other girls because this would mean they won’t have to deal with long-distance issues once the series is over.

She’s the “tomboy” of the Love Island group, but you wouldn’t be able to tell just from first impressions. Among the things you need to know about Alexandra on her CBS biography, she states that guys shouldn’t be afraid to show off their tattoos because she finds them sexy.

Like we said previously, Cormac from Love Island has some pretty sexy tattoos on his bod, which could be visually appealing to Alexandra. We won’t know for sure if that’s enough to sway her away from Zac, but only time will tell.

Alana is probably one of the girls that we’re seeing won’t really work out with Cormac Murphy model, but it has nothing to do with her personality. It’s simply the fact that everyone’s already obsessed over Alana and Yamen to the point where we can’t see anything breaking up with couple this soon. Since they’ve already won over Love Island fans, only time will tell if Alana will stick with Yamen.

6 Steps to Take After a Motorcycle Accident 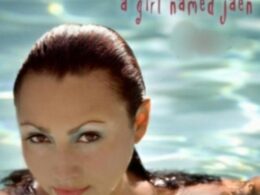 A girl named jaen demands justice with her socially conscious new single, “We Are The Chorus”

“We will not be divided, discouraged, frightened or silenced”
byAshly E. Smith

Leonardo DiCaprio and Rihanna rekindled speculation that they're dating because they were seen canoodling at a nightclub in Paris.
byRiyan Septa

Alfonso Ribeiro really wowed the viewers and the judges on Dancing with the Stars.
byPascal Mnyika

The opulence of high-class casinos is still a phenomenon in modern culture. Today, it is perhaps a more widely accepted concept, but back in the day, it was so controversial that everyone wanted a taste.
byTUT Staff