Chatham Baroque, consisting of the Chatham Baroque ensemble and the Renaissance & Baroque concert series, which presents world-class early music in a variety of venues. Known for its accessible and vivid renditions of Baroque music performed on period instruments, Chatham Baroque performs locally, nationally and internationally.

Now with two concurrent concert seasons, educational programming and community performances, Chatham Baroque brings the music of the past to life for audiences throughout Pittsburgh and beyond.

It’s been a year since Chatham Baroque and Renaissance & Baroque merged. How have audiences responded?

Although the two once separate organizations both had missions rooted in early music, there was not as much cross-over in the audiences as one would imagine. For the first season, we offered subscriptions to the Chatham Baroque Pittsburgh Concert Series, the Renaissance & Baroque Series, and also offered a “Dual Subscription” that covered both series.

The Dual Subscription proved most popular and we were very pleased that attendance at these two series, overall, increased by 36%.

For the second season, you’re presenting parallel concert series from Chatham Baroque and Renaissance & Baroque, as well as a joint season opener featuring the Four Nations Ensemble. How do these two elements of your programming complement each other? What opportunities have been created by bringing them together?

The addition of the Renaissance & Baroque series to Chatham Baroque’s offerings greatly expands the breadth of the styles of music heard in Pittsburgh. Upcoming programs on the 2019-’20 R&B series alone feature music from the 9th century to the 18th century. Bringing the two entities together under one roof allows better coordination with scheduling and programming and encourages longer-range planning of both series.

What are some other highlights audiences can look forward to this season?

In November, Chatham Baroque, in collaboration with Pittsburgh Camerata, soloists, and an expanded instrumental band including oboes and trumpets, brings to Pittsburgh two large-scale works by 17th century English composer Henry Purcell. Purcell is particularly known for his writing for the voice. His music is accessible, at times moving and much of the time, celebratory.

In February, the Venice Baroque Orchestra of Venice, Italy makes its debut in Pittsburgh with a program of Vivaldi, Handel and more. And finally, members of the highly revered ensemble Sequentia (Paris) return to Pittsburgh in January, bringing a newly created program from 9th-century sources called Charms, Riddles and Elegies from the Medieval Northlands. Viewed together, there is an incredible range of styles, genres with soloists and ensembles hailing from Pittsburgh, New York, Philadelphia, California, Canada, and Europe.

What’s on the horizon for Chatham Baroque and Renaissance & Baroque? Any big plans for future seasons?

There are many collaborations currently in negotiation for 2020-’21 and beyond. Potential partners include Attack Theatre, Quantum Theatre, Mendelssohn Choir of Pittsburgh and Pittsburgh Camerata, among others.

Do’s and Don’t’s of Vaping

Show Your Real Emotions: Facebook Gets New Reaction Buttons. What Do You Think Of Them?

Now you can tell a friend you love their post or express your anger or shock with a “wow.” What do you think of the new buttons? Will you be using them?
byMelony Hill 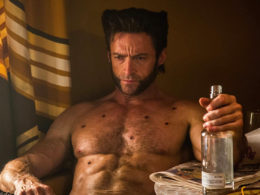