‘What’s Known Don’t Even Need To Be Said’: LeBron On His Presidential Endorsement

James is obviously speaking of his outspokenness against Donald Trump and that his support will be behind Joe Biden and Kamala Harris.

LeBron James and the Lakers are looking for answers after dropping Game 1 of their opening round playoff series against the Blazers on Tuesday, which raised all sorts of queries about their depth and whether they have enough offensive firepower to make a real run at a title this season.

But just as swore since before the NBA restart in Orlando, he remains enthusiastic on using his platform and his influence to raise awareness and summon citizens to trigger significant social justice reform amid the Black Lives Matter movement that has taken a stronghold in cities around the country.

In a recent interview with Chris Haynes of Yahoo Sports, LeBron brought out the voting rights initiative that he’s spearheading with other professional athletes, and in the wake of the Democratic National Convention that’s taking place virtually this week, Haynes asked him whether he was officially endorsing one candidate over the other, the answer being obvious to anyone who’s been paying attention to his track record in recent years.

James is obviously speaking of his outspokenness against Donald Trump and that his support will be behind Joe Biden and Kamala Harris. On Monday, the “More Than a Vote” coalition ran an open letter in The Undefeated urging fans to join the ongoing fight against widespread voter suppression tactics that target predominately black and minority citizens across the country. The letter outlined a number of things citizens can do, including volunteering at polling stations, helping people register to vote, sharing information, and donating money.

These efforts will be vital to ensure that as many votes as possible are counted in November, when issues of corruption and interference threaten to undermine the democratic process in what will be the most important election of our lifetime.

Lamar Odom Goes to the D-League

Lamar Odom's season has just taken another hit. The Dallas Mavericks has assigned the power forward to the D-League to work on his game.
byBrennen Jones

Tiger Woods has left the world of golf for now...indefinitely.
byBrennen Jones

It seems that the woman possibly behind the Tiger Woods "crash" is trying to save face by saying that she and Tiger didn't have an affair. But according to the National Enquirer, Rachel Uchitel has been telling people otherwise. It's turned into a he-said-she-said match and it's beginning to get ugly real fast.
byBrennen Jones 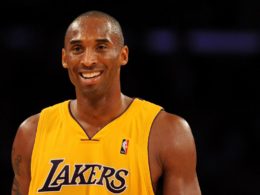