“I’ve always wanted to do it as a stand alone moment” said Adele.

Saturday Night Live has announced the host and musical guest, just hours removed from the third episode of their new season, for their upcoming October 24 episode.

Plunging into the musical world for both positions, R&B singer HER will be the musical guest for Saturday’s episode as Adele will serve as the show’s host. Flooded with excitement, Adele took to Instagram to share the news and her response to the late-night opportunity.

“Bloooooody hellllll I’m so excited about this!! And also absolutely terrified!” Adele exclaimed in an Instagram post that revealed the news.

“I’ve always wanted to do it as a stand alone moment, so that I could roll up my sleeves and fully throw myself into it, but the time has never been right. But if there was ever a time for any of us to jump head first into the deep end with our eyes closed and hope for the best it’s 2020 right?”

She also used the Instagram post to celebrate a dozen years in the music industry. “Itll be almost 12 years to the day that I first appeared on the show, during an election,” she said further down in the post’s caption. “Which went on to break my career in America, so it feels full circle and I just couldn’t possibly say no!” She also commended HER for the talent the promising R&B singer is.

“I am besides myself that H.E.R will be the musical guest!! I love her SO much I can’t wait to melt into a flaming hot mess when she performs, then confuse myself while I laugh my arse off in between it all.”

The announcement comes after Justin Bieber stopped by the show’s most recent episode, one hosted by Issa Rae, to perform and “Holy” and “Lonely.”

Michigan Landlord Kills 2 Tenants; Says They ‘Kept Him Up Late At Night’

Avatar’s Returning to Theatres in August, Including Additional Footage

B.O.B. and Monica Perform For Troops At The Source Magazine’s Independence Day Show

This past Independence Day The Source Magazine teamed up with Lerer Media and Family and Morale, Welfare and…
byKadeem Lundy

Rich Ting has everything to offer Hollywood and more.
byChristina Jeter 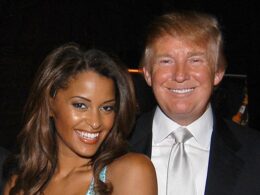