“These are the scandals that are going to cement Donald Trump’s place in history books,” Wood, Jr. said.

The Daily Show has been counting down for the past couple of weeks on President Donald Trump’s 100 most terrific scandals.

Thinning the list down to only 100 scandals must have been difficult. As correspondent and segment host Roy Wood Jr. put it, “Scandals. Every president’s had one. But while most presidents are only known for one big scandal, Donald Trump has truly changed the game.”
The list began with Trump trying to buy Greenland. Other highlights from four years of the Trump administration: Melania’s war on Christmas, picking a match with teen environmental activist Greta Thunberg, breaching clearance protocols for his daughter and son-in-law, calling U.S. soldiers who perished in combat “losers” and “suckers,” encouraging police brutality, and tweeting all the goddamn time.

Danger: Ray J is Gay and Young Buck is His Lover

This story should be filed in the “yeah right!” category but it’s too hard to pass up. Everyone…
byBrennen Jones 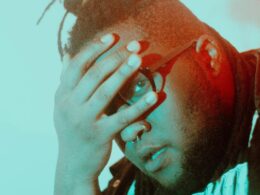 "I don’t see any freedom in some authority’s dogmas dictating my choices"
byAshly E. Smith 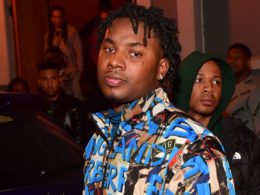 As of now, it looks like Marlo was driving.
byBien Luigi

Chris Hemsworth Gets Food Hangover After Having Strict Diet

Chris Hemsworth had a strict diet of 500 calories a day to get ready for his role in "In the Heart of the Sea."
byRiyan Septa