DaBaby, 28, soon confirmed that his brother took his own life when he posted a message on his Instagram page.

On Tuesday, Nov. 3, 2020, rap superstar DaBaby is in grief after his older brother died from a seeming suicide.

Johnson had posted a photo of himself sitting alone inside a car with a gun not long before he died and it’s being reported that the gunshot wound was self-inflicted. A source told TMZ that he had been crying.

The entertainment publication reports that Johnson was tremendously unhappy from some wrong that had happened to him years ago that he had not been able to get over. The sources told TMZ that soon thereafter, Johnson took his own life in that parking lot.

Born in Cleveland as Jonathan Lyndale Kirk, DaBaby, 28, soon confirmed that his brother took his own life when he posted a message on his Instagram page. DaBaby used lyrics from his hit song “Intro,” that clued fans into the fact that his brother was dazed and may have felt he was left to deal with his pain in solitude.

“My brother be thinkin’ that we don’t love him and let him struggle like we ain’t family. Like I won’t give up all I got to see you, n—-,” the lyrics read.

Johnson was the father of three daughters and a son.

Single man candy no more, Actor, Tyrese has gotten married. The star of the Fast and Furious franchise announced he wed his Black Queen via social media.
byMelony Hill

George Bush is “Not a Hater”, Kanye Apologizes for Labeling ex-President a Racist

Kanye West now says he “didn’t have the grounds” to call George W. Bush a racist, and the…
byAssociated Press 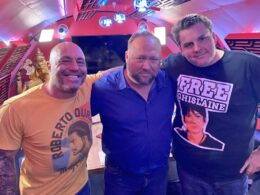 Will Beyonce use the added exposure of her performing at the Superbowl to release her highly anticipated new album?
byTriston