President Obama won the Nobel Peace Prize today and joins the likes of Nelson Mandela and Martin Luther King, Jr.  He becomes just the 3rd U.S. President to win the award, joining Teddy Roosevelt in 1906 and Woodrow Wilson in 1919.

He shocked the world today with his win.  The man is only 9 months into his first term and even though President Obama is held in a high regard across the globe for his peace-making initiatives such as reducing nuclear arms and trying to ease tensions with the Muslim world, this award may seem a little premature and will most certainly add another 10 tons of pressure on the Prez’s lofty shoulders.  The Nobel committee lauded the change that Obama has brought with him in office even though they recognized initiatives that hasn’t beared any fruit.

The President was picked among a field of more than 200 candidates.  Even the White House had no comment this morning when the news first broke because it took them by surprise.

Most likely this is an encouragement for the President to act on promises made.  Even still, we at TheUrbanTwist.com congratulate President Obama on this prestigious accomplishment.

But we want to know what your thoughts are on the President winning the award.  Do you think that it’s a little too early or too soon for him to have picked this up?  Or do you think that this award was right on time?

5 NC Sheriff Deputies Disciplined For Failure To Serve And Protect At Trump Rally.

All citizens are equal and subject to the penalties of breaking the law. Jones was a peaceful protester, detained and released without charges. McGraw committed an assault and was allowed to walk free to attack another or even kill had he felt the urge.
byMelony Hill 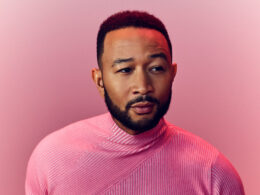 However, he says, he thinks about leaving the U.S. “every once in awhile” if Trump was to remain in office.
byBien Luigi