Beyonce’s parents are headed for divorce. Tina Knowles has gotten tired of Matthew’s pimping ways. There has been rumors on the couple’s split for days so Tina decided to end the speculation and issue an official statement.

Beyonce’s parents are headed for divorce.  Tina Knowles has gotten tired of Matthew’s pimping ways.  There has been rumors on the couple’s split for days so Tina decided to end the speculation and issue an official statement.

“The decision to end our marriage is an amicable one. We remain friends, parents, and business partners,” the couple said in a statement provided to The Associated Press on Friday. “If anyone is expecting an ugly messy fight, they will be sadly disappointed. We ask for your respect of our privacy as we handle this matter.”

The divorce filing came about a month after Mathew Knowles was named in a paternity suit and that seemed to be the straw that broke the camel’s back.

Shady Claus is Coming to Town 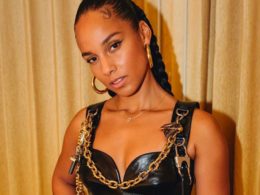 It’s a busy time for the “No One” singer as it was also revealed that she is producing an untitled romantic comedy for Netflix via her AK Worldwide banner.
byBien Luigi

‘We Will Be Immune For A Certain Time’: Doctors Told Idris Elba and Wife To Contagion In Future

Idris Elba provided an update on his health after he and his wife Sabrina Dhowre tested positive for the current SARS-CoV-2 virus sweeping the globe.
byBien Luigi

California created new legislation that will end the 10-year ban on the statute of limitations which will allow victims of sexual abuse to confess when they are ready to come forward.
byTUT Staff

From it’s catchy theme song to its tasteful content, Adulting with Jane is a pure delight. Described as…
byAshly E. Smith