The long-delayed third season of animated comedy “The Boondocks” is finally expected to return to TV next year.

The long-delayed third season of animated comedy “The Boondocks” is finally expected to return to TV next year.

Over the summer, series creator Aaron McGruder announced on his MySpace page that the Sony Pictures TV-produced show had been ordered for a new season of episodes. At the time, he said wasn’t sure exactly when the episodes would air.

Then in August, a short Adult Swim promo spot for the show began appearing on YouTube. The ad promised new episodes in early 2010. However, it’s unclear if the promo actually ever aired on Adult Swim or was simply the product of an overeager “Boondocks.”

Now McGruder has dropped another hint about the timing of the show’s return.

“Finally got an airdate for Season 3,” the writer said via Twitter last week. “Not sure if I’m allowed to put it out yet, so I’ll just say you got about three months.”

The show received heavy criticism from within the Black community for its use of language of the N-word in particular.  And two episodes were even banned from being shown on TV but later appeared on the DVD release.  All of the criticism just strengthened the popularity of the show and made Boondocks have an immense cult following.

There’s no word as to when the show will air next.  Check out an old clip from the show below:

Are you ready for Furious 8 and the sequels that will quickly be released on its heels?
byTriston 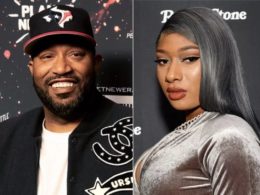 Bun B went on to say that a White female celebrity would have received better treatment than Megan has. According to the rapper, local Houston news stations are not covering the incident.
byBien Luigi