The Boondocks Season 3: Expect The Unexpected

Call me a Boondocks latecomer or whatever you want to call it since I didn’t see one entire episode until the show went on DVD.   That’s because I used to have reservations about the show before I even watched an entire episode.  Those reservations were due to the stereotypes of Black Folks that are displayed in the series, but it didn’t take long for me to see that those stereotypes, which initially kept me from watching, are actually used to creatively and comically issue social commentary on very pressing issues in our community today.

One episode that stands to mind is when Huey, Riley (Regina King),  Ed Wuncler III (Charlie Murphy), and Gin Rumm (Samuel L. Jackson) are all a part of a robbery of an arab corner store and in the episode, Ed and Gin accuse the clerk of having a weapon, when it is so obvious that he doesn’t, and all hell breaks lose in the store.  It doesn’t take long to see that this scene is a portrayal of how the Bush administration was handling the Iraq war and the imagery made it easy to see how silly their whole agenda was from the start.

One thing I love about the show is how nothing’s off base or too controversial to be heard or seen on the show.  From Santa Claus catching a beatdown to MLK saying the “N”word, one thing I can say about this show is that everything is done with a purpose.

And based on what I’m hearing, Season 3 of the Boondocks will follow those same principles.  Nothing is too sacred to touch on.  Even our beloved President Barack Obama appears to be attacked…literally. 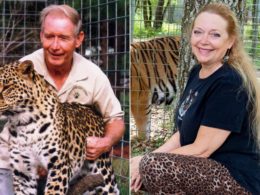 Lewis went missing in 1997, a mere day before a scheduled trip to Costa Rica. Nobody was ever found and he was declared legally dead in 2002.
byBien Luigi

Megan Fox Is Knocked Up, Again! 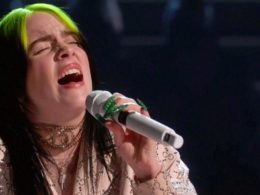