Lil’ Wayne to be Sentenced Today

Lil’ Wayne’s judegement will finally come down today as he will be sentenced today for a gun possesion charge that he pleaded guilty for back in October that stemmed from a 2007 incident where a New York police officer found a loaded handgun on his tour bus.

He could be sentenced up to 1 year in the nororious Riker’s Island prison.

He is expected to not serve his full sentence however and could be released in 8 months for good behavior.

This story is still developing….more details to come…

Nicki Minaj cleans up at the AMAs.
byAssociated Press 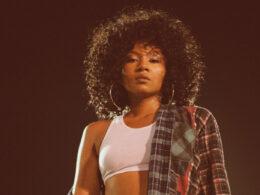 She's in full bloom. Ready for the world to see
byAshly E. Smith

By the end of the 1960s “stones” became the bad-boy of the music industry due to its wild nature which included drugs, ferocious behavior and lots of sex.
byTUT Staff