Black Market Booty- not what you are thinking…

Six women from the Essex County area who wanted fuller bottoms ended up in hospitals after receiving buttocks-enhancement injections containing the same material contractors use to caulk bathtubs, officials said.

The women checked into hospitals in the county after their procedures, apparently administered by unlicensed providers, went horribly wrong, state health officials said. The women underwent surgery and were given antibiotics. No arrests have been made.

Different from medical-grade silicone, the substance used in the botched procedures was believed to be a diluted version of non medical-grade silicone. “The same stuff you use to put caulk around the bathtub,” said Steven M. Marcus, executive and medical director of the New Jersey Poison Information and Education System, who learned about the bizarre procedures through a committee he sits on that monitors outbreaks in the metropolitan area. Using over-the-counter silicone can cause abscesses that he said resemble “a big zit.”

Borah, also president of the New Jersey Society of Plastic Surgeons, said the botched procedures underscore the need for patients who seek augmentation to have it administered by a licensed professional in a sterile setting. Breast and cheek augmentations are the most common procedures. “If it looks too cheap, there’s probably a reason it’s too cheap.”

Is the booty that important? Would you get a fake bottom? Who would you say has a fake booty?

From the mid 2000’s, there has been an increase of commercials and products to shape up your butt. To gain that bottom of a 20 year old isn’t impossible.  Its not only African American women walking around with junk in the trunk. The times are changing and the summer is coming. Do it the old fashion way- exercise to shape up that booty.

Who Watches the Watchmen?

Don't Call it a Comeback! 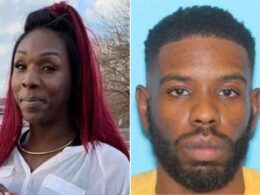 Although Jones has been arrested, Fells’ sister, Dior Edmonds, has admitted that his arrest is bittersweet.
byBien Luigi

The latest Star Wars instalment, The Force Awakens, brings in a whopping $50 million in pre-sales so far.
byStu Greenfield

In a Virginia high school, student Jordan Shumate, a ninth grader was told to read a Langston Hughes…
byValaney