On Election Day, 2010, Californians will get the chance to vote on whether or not to essentially legalize marijuana for all adults. The measure, certified at the end of March for inclusion on the ballot, will allow adults 21 and older to possess up to an ounce of marijuana or cultivate cannabis on up to 25 square feet of their property without a prescription or fear of state prosecution. The proposal, if passed by a majority of Californians who vote this November, will also open the door to the taxation of commercial sales of pot. According to a recently released poll conducted for CBS by SurveyUSA, 56 percent of Californians support legalization with 42 percent opposed.

If the numbers hold true there is a good chance that, in the near future, many Americans will start curtailing plans to get a passport and fly to Amsterdam to partake of some good, guilt-free weed and will instead fly discount to Cali where their dollars can go a lot further, not to mention contribute to California’s and this country’s lagging economies. Granted, I wouldn’t hold my breath.

You might recall that California was expected to pass a marriage equality law a couple of years ago until the religious right banded together with other social conservatives, and through intense lobbying and scare tactics were able to derail the initiative. I can’t imagine that these same masters of morality won’t try to do the same with the marijuana initiative. Yeah, I figure Cali’s going to contract Reefer Madness all over again, with new, yet unfounded information on the horrors of cannabis use.

It’s a shame considering that one of the original reasons behind the demonization of marijuana and the original Reefer Madness was that smoking pot was thought to lead to the disregard, or worse, disrespect of whites by blacks. I won’t even get into the conspiracy by Dupont chemicals to replace cheap, natural hemp with their new synthetic fibers. What makes this play so pathetic is that, just like the marriage equality measure, this initiative will eventually pass. The so-called moralists are only postponing the inevitable.

Most national polls show a gradual acceptance of marijuana use, particularly for medicinal purposes. A recent nationwide poll conducted by AP-CNBC showed that while only 33 percent of Americans favor outright legalization, 60 percent favor legitimizing it by prescription. Perhaps more telling, when the 55 percent of those who claim to oppose outright legalization were asked if state governments taxing the sale of cannabis and using the revenue to pay for state programs and services would make them change their minds, 14 percent claimed they would, indeed.

If my math is correct, and it usually is, that puts the true numbers at nearly 41 percent for legalization versus 48 percent opposed, a practical dead heat when you consider the poll’s 4.3 percent margin of error. Had they posed the same question to remaining 11 percent who (claim to) remain neutral on the subject, I figure the total yeas would actually create a majority. When you factor in the age of those polled a vast majority of those opposed to legalization are 65 and older, the very group targeted by the original Reefer Madness hysteria. Let’s face it, they’ll all be dead soon enough, especially if trends toward obesity, diabetes, high blood pressure and heart disease continue in the same direction.

So it may not happen as soon as this November, but we will, in our lifetimes, see marijuana legalized somewhere in this country. Of course, once the other states see the revenues that start streaming into California’s coffers from what is already the biggest cash crop in the country, they will eventually follow suit, except maybe Arizona. ¿What the fuck is up what Arizona? This is all great news, and not just because I plan to open the first Amsterdam style coffeeshop in Baltimore. It’s great news because even though the Obama administration continues dragging its feet when it comes to resolving our nation’s drug problem, at least the citizens in Cali are refusing to stand still and stagnate. It’s good to see someone is trying to move forward. 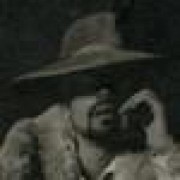 The Word Pimp
Fernando Quijano III is the former President of the Maryland Writers Association, Baltimore Chapter. His work has been featured in Welter, Smile Hon, You’re in Baltimore & the poetry anthology, Life in Me Like Grass on Fire. An excerpt from his unpublished novel, Forever, Lilith was included in the Apprentice House anthology Freshly Squeezed. He has been featured at the Baltimore Book Festival, Stoop Storytelling, & The Signal on WYPR, Baltimore's local NPR station. In his spare time, Fernando volunteers to lead workshops for Writing Outside the Fence, a program for the ex-offender community, as well as at the Brock Bridge Correctional Facility. Fernando was recently awarded a B grant for his writing by the William G. Baker, Jr. Memorial Fund.

Malcolm X Assassin Hagan Is Freed on Parole in NYC

Before Revenge of the Fallen