Young Jeezy’s Subliminal Shots; Is Rick Ross the intended victim? You be the Judge.

At the beginning of the year, if someone was to mention the acronym “B.M.F”, many hip hop heads…

At the beginning of the year, if someone was to mention the acronym “B.M.F”, many hip hop heads and southern rap fans would reminisce back to the white tees that it once emblemed. The Black Mafia Family was not just one of the biggest drug trafficking rings in America, but its investment and presence in the music industry proved to be very lucrative. It was a movement like no other, a southern takeover if you will. Backed by founders Big Meech and Southern T with Young Jeezy being pushed as the new face of the south. But like every good mafia movie, the feds got involved, some people snitched, a lot of people went to jail, leaving BMF to be a legendary afterthought. Jeezy made his mark in hip hop despite the scandal, and is still looked at as the voice of the streets.

Fast-forward to Rick Ross’ single “BMF: Blow Money Fast”, which has become a street anthem for your local weed man, strippers, gangstas, and soccer moms on their way to work. Its impact reaching the holding cell of the notorious “Big Meech”, who has co-signed the song and Ricky Rozay’s success.

But this is hip hop people, conflict is brewing somewhere. Sure enough to fan’s expectations, the long awaited freestyle from Young Jizzle made it onto the web and if you haven’t heared it, here it is. He starts of by shouting out his former capo and reminding us of their status in the game yet some words stuck out from the highly debated audio; “How you blowin’ money fast, You don’t know the crew, Are you part of the fam? Shit I never knew”. Could this spark tension at DJ Khaled’s Def Jam offices? Its hardly likely that the two heavyweights under the same umbrella would go head to head, when their missions are very similar. With many collaborations between the two, it wouldn’t be a good look to wage war when both parties have the same allies. Let’s just see what Rozay will say. Until then, I will keep the coverage going so leave your comments here, would love to hear from you all.

Ya boi Szodiac with another twist, signing off.

Author
H. Sylver
Born and raised on the island streets of New Providence, Bahamas; H. Sylver grew up in a Haitian household that nurtured his love for music and theatrical performances, spoken word poetry, and writing. This passion gained him a spot on Island/Def Jam's Street Team, where he became an ambassador for hip hop, promoting artists like Jay-Z, Kanye West, Jeezy, Nas, Rick Ross, and many more. He has great insight and analysis of the current music scene, providing written reports on trending news, and original think pieces. He currently resides in Fort Lauderdale, FL, and is currently writing his first novel, Kingdom's Bones.
Previous Article

Bruno Mars is coming close to the end of his “24K Magic World Tour,” while in Hawaii and as he prepares for his last show on the island, the singer announced that he would be providing 24,000 Thanksgiving meals for residents.
byBrennen Jones 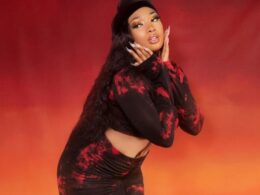 Savage: Year of the Stallion

Even the pandemic couldn't slow Megan down
byAshly E. Smith