A western Michigan man accused of fathering 23 children with 14 women and has been sent to prison for at least two years for failing to pay tens of thousands of dollars in child support.

Howard Veal, 44, of Muskegon owes more than $533,000 in child support, according to the state attorney general’s office. He pleaded guilty in July to owing more than $60,000 to a Grand Rapids woman.

There are 14 child-support cases pending against him in Kent and Muskegon counties, The Grand Rapids Press reported.

The state has prosecuted thousands of support cases “but none as outrageous as this,” Assistant Attorney General Mitchell Wood said in a court filing.

Guidelines called for no more than six months in jail, but Veal was sentenced to two years to four years in prison. His release will be determined by the Michigan parole board.

Veal questioned whether he actually has 23 children and said he pays what he can.

“I was paying money from my unemployment,” Veal told the judge. “I never chose not to pay.”

Leiber said he was “stunned and amazed” by Veal’s actions.

“You’re an insult to every responsible father who sacrifices to provide for their children,” he said.

Sherri Black, the mother of two of Veal’s children, said she was pleased with the sentence but would prefer to get money. She has received only $87.75 over seven years.

“Now my taxes will go to support him in prison,” Black said.

Children of Mother who Drove into The Ocean: Mom Tried To Kill Us 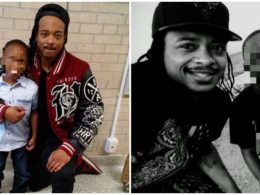 After three officers confronted Blake, the unarmed father walked to a vehicle where his children were sitting inside. As he tried to enter, one officer shot him 7 times in the back.
byBien Luigi

A Missouri man ignored warnings to self-quarantine even though his daughter tested positive for the Coronavirus and took his other daughter to a school dance.
byBien Luigi

Planning to Do Walmart Black Friday? Be Cautious and Aware of Fights

This is a special reminder to all of those participating in Black Friday events across the land to be safe because things could turn ugly in a hurry.
by