Polls indicate many minority voters are discouraged and won’t turn out Nov. 2 as they did for Obama…

Polls indicate many minority voters are discouraged and won’t turn out Nov. 2 as they did for Obama two years ago, yet a solid showing among blacks could still swing several House, Senate and gubernatorial races, according to some analysts.

On the corner of Collington Road and Route 301, a bright blue poster screams the Democratic Party’s wishful thinking at passing cars: “We’ve got your back President Obama.”

The poster, not quite big enough to qualify as a billboard, reflects an unspoken bargain between Obama and black voters: He asks, they deliver.

Polls indicate many minority voters are discouraged and won’t turn out Nov. 2 as they did for Obama two years ago, yet a solid showing among blacks could still swing several House, Senate and gubernatorial races, according to some analysts.

Black voters are “strategically located” to impact as many as 20 House races, mostly in Southern states, explained David Bositis, a senior researcher at the Joint Center for Political and Economic Studies, who has analyzed the black electorate for more than two decades. They also could sway more than a dozen Senate and governor’s races, Bositis said.

“It’s not something where the Democrats and the candidates are going to be out there yelling, ‘We want the black vote,’” Bositis said. “They’re going to work through the black churches, the black media.”

Bositis said this election could echo midterm elections in 1986, when significant black turnout helped Democrats gain House seats and take control of the Senate, and again in 1998, when Democrats picked up governorships in Alabama, South Carolina and Georgia.

Both of those elections followed events that resonated with black voters: Jesse Jackson’s historic presidential campaign in 1984 and the GOP effort in 1998 to impeach then-President Bill Clinton.

Back then, congressional Republicans “were attacking Bill Clinton just like they are attacking Obama right now,” Bositis notes. “And Obama is more popular with African-Americans than Clinton was.”

While many Democrats are distancing themselves from Obama, the party’s approach with black voters is to make the election about the president and his agenda.

University of Chicago political scientist Cathy J. Cohen said Democrats hope that by framing the election around the attacks on Obama and racial polarization arising out of the tea party movement, “black voters will mobilize in particular districts so they can tip the balance.”

“I still think that black people will come out and vote for what they think is the president’s agenda, which is to vote Democratic,” said Cohen, author of a new book on black youth and politics. “A solid black turnout will be fine in some seats. But they need the excitement of 2008.”

To that end, the Democratic National Committee is spending $2 million on ad buys in African-American media, far more than it spent on such buys in previous midterm elections. The president himself stopped by a White House briefing earlier this week for black bloggers and journalists from black-oriented media. Later this week, he will meet at the White House with the Trotter Group, a group of black newspaper columnists.

Obama also spoke at an Oct. 7 rally for Democratic Gov. Martin O’Malley that drew 7,000 people to historically black Bowie State University. The school, about 20 miles east of Washington, is located in Prince George’s County, Md., which, according to census data, is the nation’s wealthiest majority black county – 65.6 percent black with a median annual household income of $71,696.

The “got your back” posters stand at several major intersections in Prince George’s, which also is home to Republican National Committee Chairman Michael Steele. “We’ve got your back, we’ve got your back,” the crowd at Bowie State chanted when Obama took the stage with O’Malley and Lt. Gov. Anthony Brown, who is black.

“What the other side is counting on is that this time around, you’re going to stay home,” Obama told the crowd. “They figure Obama’s not on the ballot, you’re not going to come out and vote. Well, Maryland, you have got to prove them wrong.”

Whether that message is getting through to enough black Democratic voters to make a difference is an open question.

Andrew Robb, 47, of Upper Marlboro, Md., said he plans to vote and is not buying into the notion of significant Democratic losses. “It’s my civic duty, and I’m voting Democrat,” Robb said. “The Democrats are going to prevail. I think it’s a lot of hype with the Republicans.”

But Joyce Walker, 55, of Bowie, also a Democrat, said she feels Democrats “might take a big hit” because many core voters are not fully engaged. 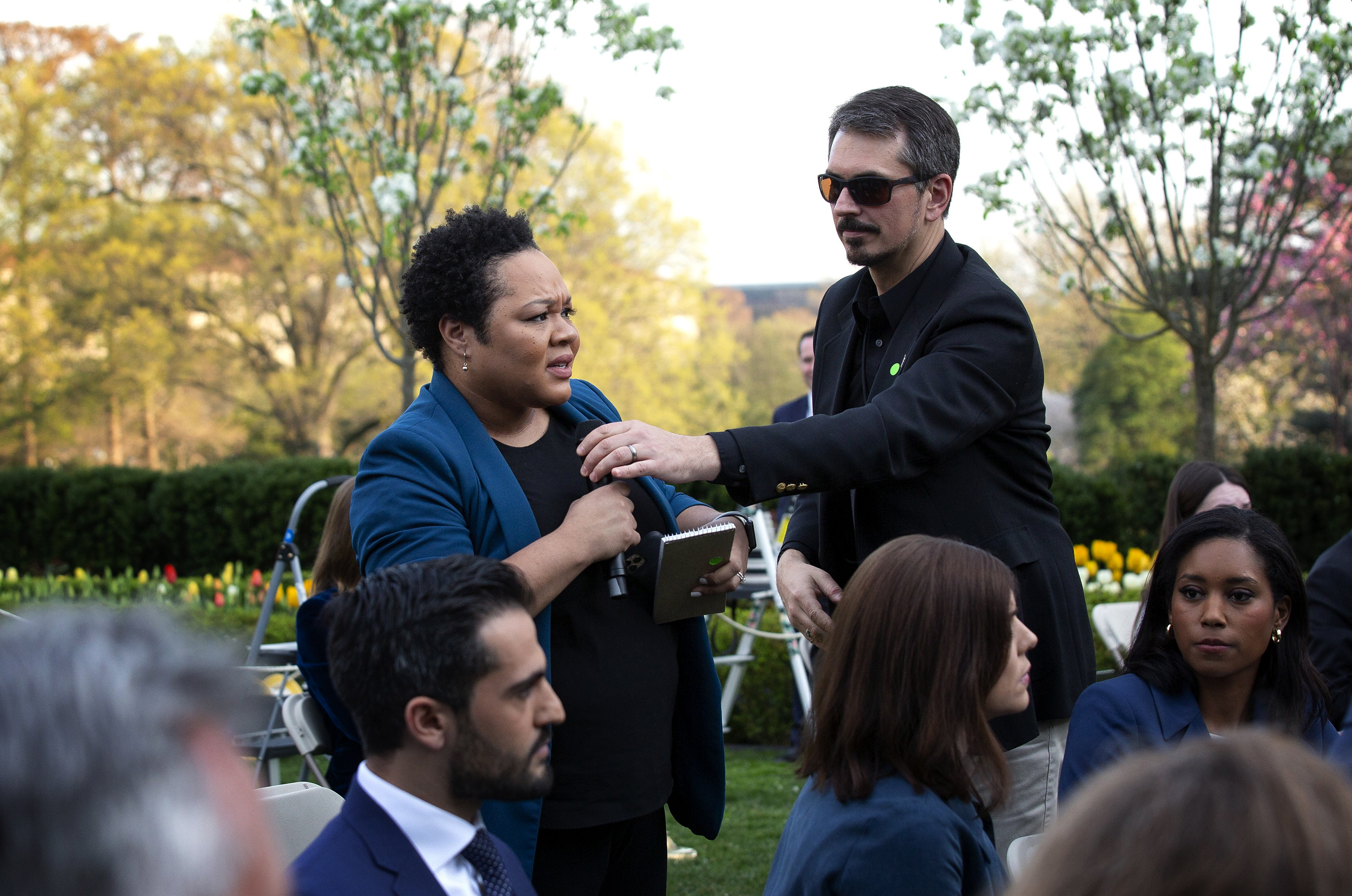 Our country united on that day and the government ran with it. RIP to all those lost.
byThe Word Pimp

A rep for Pence said that the vice president “will continue to follow the advice of the White House Medical Unit and is not in quarantine.”
byBien Luigi