Do you guys remember the story of Vaneisha Robinson and the LeBron James pendant?

Let me refresh your memory.

She’s the young lady who bought the above pendant at a garage sale for $5 back in 2005.   She initially thought that the piece was costume jewelry but she eventually found out that the pendant was worth an estimated $10,000.   So she did what anyone else in her position might have done, she took the pendant to ebay.  And in doing so, she got a lot of press.  ESPN even did a little story on her finding the medallion.

Then the story got a little weird.  Someone called her from LeBron’s camp, telling her that he would like to buy it from her personally.  She then goes to the house of Maverick Carter, LeBron’s manager, expecting to see LeBron but instead has her pendant snatched from her because Maverick states that the piece of jewelry was really his and that he had it stolen about 3 or so years ago.  And that was the end of the story…till now.

It looks like there was more to the story.Vaneisha claims Maverick Carter and his mom staged a 9-man ambush to jack back the chain.  She’s even filed a lawsuit.

In the suit, filed in Ohio, Robinson claims Carter concocted a diabolical plan to lure her into his home, insisting that LeBron would be present to make a deal — instead, she claims, a horde of 8 or 9 people held her in the house against her will and forced her to give up the bling.

Now she wants the pendant back and more than $50k in damages from Carter claiming she was robbed, falsely imprisoned and suffered some serious mental anguish.  If her story checks out, why didn’t LeBron just cut her a check to save himself from this unnecessary headache.  Also if Maverick says that the chain was stolen, why didn’t he call the cops and let them handle it?  Vaneisha may have a legitimate case.

And of course Maverick and his people deny that any of this happened. 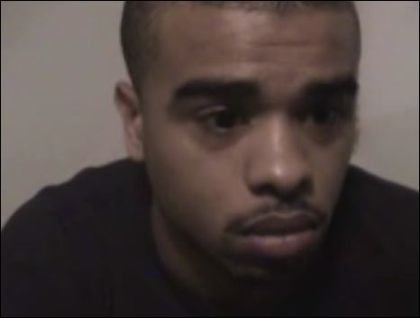 Raz B Forced To Apologize By Compton Bloods!?