Suge Knight Was NOT Arrested For Killing Tupac

Another day, another internet rumor. This time it involves the late great rap artist Tupac Shakur and Suge…

Another day, another internet rumor. This time it involves the late great rap artist Tupac Shakur and Suge Knight.

The internet never ceases to amaze me. I was on Facebook a few hours ago and saw all of these posts about Suge Knight supposedly being arrested in connection with Tupac’s murder which happened a little over 14 years ago. And at first glance, it could’ve been true…well with Suge’s history and all it didn’t seem far fetched. But then I turned on the news and nothing’s being reported on any of the news channels. There are literally no stories on TV to verify what I’m reading on Facebook and Twitter.

Now, I am not a rocket scientist, but if Suge Knight was really arrested for Tupac’s murder, I’m positive that some news station would’ve covered it. There at least would’ve been a little news ticker or something scrolling along the bottom of the screen in fine print or something.

This is a video that supposedly breaks the news of this development and got the internet in a frenzy. This video is obviously a fake and if you listen to the very beginning of the video the guy says “11 years” since Tupac’s murder which would mean that this news clip came out around the year 2007. And then at around the 1:53 mark in the vid, it clearly says that today’s date is May 20th when obviously it isn’t.

Yes, Suge Knight was arrested on Wednesday in California but according to CNN, he was arrested for failing to appear in court for traffic violations and that it had nothing to do with the infamous cold case.

Who killed Tupac has remained a mystery and no one has been proven to be the killer, but there were reportedly ties between Suge Knight, his record label and the killing of Tupac which obviously led to me even having to write this story to clarify that as of today, it’s just a rumor.  Nothing has been proven.

The moral to this story is to not fly off the handle just because you hear some news that you want to hear, and do proper research before making bold and silly accusations.

Kendall Jenner Sued Over Instagram Video Of Herself For $150k

The Photographer asserts that she had already registered the clip with the U.S. Copyright Office before Kendall posted it without permission.
byBien Luigi

Janet Jackson's child with first husband, James DeBarge, is said to be one of the music industries worst kept secrets. James has now added fuel the rumors in a new interview with RadarOnline. The singer claims to have recently spoken with the daughter Janet allegedly gave away behind his back.
byMelony Hill 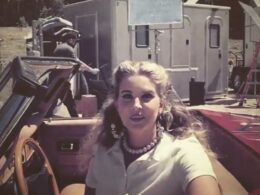 Just like last year when Lana refused to recognize her own privilege or apologize for comments about race that were insensitive and similarly tone deaf.
byBien Luigi