Man Confesses to Being Part of Biggie’s Murder

Former alleged Nation of Islam member, and currently incarcerated federal felon, Clayton Hill has allegedly confessed to his role as an accessory after the fact to the murder of The Notorious B.I.G.

Just a month after Dexter Isaac’s confession of being involved with Tupac’s infamous shooting at Quad City Studios in NYC which ignited the East Coast-West Coast wars, another unsolved hip-hop crime may have receive a much needed boost.

Clayton Hill, a member of the Nation of Islam and an incarcerated federal felon has confessed to being an accessory in the murder of the Notorious B.I.G.   In a conversation via the CorrLinks email system for federal inmates, with Hip Hop DX, Hill recounted his meeting with Assistant U.S. Attorney Nancy DePodesta and two agents with the F.B.I.’s Domestic Terrorism Unit, where he revealed his knowledge of B.I.G.’s actual killer, a fellow member of the Nation of Islam who went by Dawoud Muhammad, who told Hill back in May of 1997, he was in fact on the run for the murder of B.I.G. and received $25,000 for the job.

Clayton also has an e-book coming out entitled “Diary of an Ex-Terrorist”, in which he touches on Dawoud bragging about the hit that officially ended the hip-hop coastal feud with Biggie’s death.

As with Dexter Isaac’s confession there is also more uncertainty than celebration with this revelation.  Could Clayton be telling the truth or just trying to drum up some book sales with all of this new found press?  Hopefully this is onebstep closer into getting the full truth eventually.

Jay-Z pays tribute to the King of Pop in Britain’s music magazine NME’s new issue, which is dedicated…
byBrennen Jones 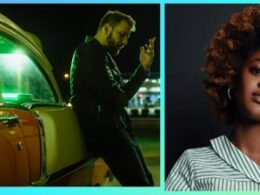 Anti-industry and a non-conformist: Michael Bane, a rapper originally from Tallahassee, Florida, underlined faith and originality in his…
byDomingorich