Justin Bieber, You Are the Father…Maybe!

Justin Bieber is being taken to court by a 20-year old Californian woman hoping to prove that he is her child’s father.

Teen POP singer sensation Justin Bieber may be a daddy according to a 20-year-old California woman, and she has filed a lawsuit against him alleging that he is in fact the Father of her three-month old son.

Someone needs to get Maury Povich on the horn ASAP!

Mariah Yeater is demanding that the singer take a paternity test “to scientifically confirm” that he is the father of her child, according to court papers obtained by Star magazine.

The papers were filed in late October and Yeater asks the court for Bieber to obviously pay support for the child.

In an affadavit signed under penalty of perjury Yeater says she was 19 years old when she had sex with the underage star backstage at one of his concerts.

And you already know that Bieber and his reps have denied these accusations.  Even still, a court hearing has been set for later on this year.

Beyoncé and Jay-Z have been plagued with several divorce rumors lately. Now, rumor mills are spreading that Jay-Z has already given up on the marriage.
byTriston

Oprah Winfrey has landed an interview with Whitney Houston’s daughter and other family members for a TV special that will air on the Oprah Winfrey Network.
byAssociated Press

Lil Wayne Being Sued Over “Mrs. Officer” For $2.5 Million Dollars 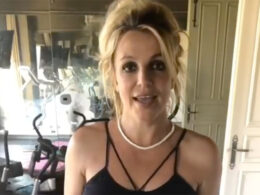