Internet Explorer, Microsoft’s desktop browser, has long been the dominant desktop browser across the world with over 50% market share. This long reign has however come to an end as IE market share fell below 50% to 49.6%, according to latest stastistics released by Netmarketshare. The statistics demonstrate that this decline in IE market share has been occasioned by more users opting out of IE and moving to either Firfox, which is currently the second most popular browser by usage, and Chrome. However, the statistics show more specifically that this drop has been soaked up by Chrome that has over the same period appreciated by 1.42% to end the period at an overal market share of 16.6%.

Microsoft have in their traditional way declined to comment on this and have instead resorted to claiming the steady rise of IE9 usage in the Windows 7 OS. While many may argue that this rise of Chrome is because of the inherent popularity of Google and everything Google, I see this as just half the story. The idea that Google is an innovation company may be what is making Chrome usage spike. This is because when using Chrome, you somehow always come to expect some new cool feature added every now and then. I have been using Chrome for over two years now (Chrome turned 3 September 1 2011) and one thing I have loved about it is the constant remote upgrades it has got over that time.

The other thing I believe has made Chrome popular is Google’s mastery of cloud applications. If you are a Chrome user, you may have noticed that Chrome is a cloud application rather than a desktop app. This means all upgrades are done automatically whenever you start your Chrome app. On the other hand, IE has gone through numerous developments but that required the user to download each new upgrade as a whole new installation (we are currently in IE9). This is both a tedious as well as inefficient way of handling upgrades. And then there is the Chrome App and Extensions store. This, for me, is the coolest reason why I use Chrome all the time.

Of course Chrome market share is till tiny compared to IE but analysts say that Chrome may cross the 20% market share by January or February 2012.

Which desktop browser do you use and why do you like it over the others?

Tyra Banks Shares The Importance Of Getting School'ed 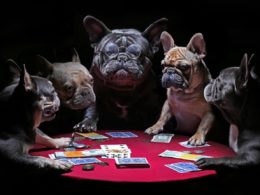 The Art of Casino

The origins of casino and its classic games has long been represented in paintings.
byTUT Staff

Occupy Wall Street: The Occupy Ad Coming To A Television Near You

Occupy ad will soon be airing on national TV thanks to the generosity of Occupy members who have fully funded the Occupy ad campaign.
byDaniel Mbure 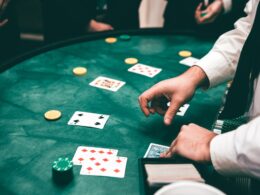 The 5 most popular games at online casinos

Online gaming has grown rapidly over the past decade or so, with access to the internet continuing to…
byTUT Staff

Location Based Services And The Success That Is Foursquare