The Evolution Of Google Plus And Where It May Be Headed

When Google launched Google Plus around 4 months ago, it was just at the time that Google Buzz…

When Google launched Google Plus around 4 months ago, it was just at the time that Google Buzz (remember that?) was undergoing its last rights. For many people, Google Plus was going to be the rival of the Facebook Like button and with 40 million users to date, it’s easy to see why. The war was supposedly to be on millions of web pages on the Internet that already had Facebook social pugin integrations. But time has shown there is more to the enigmatic Google Plus that is yet to be revealed. Larry Page, Google co-founder and current CEO, seems to think that Google Plus is going to be a killer app when fully realized. So, let’s do a quick recap of where Google Plus started, has passed through, is today and may possibly head in the future.

Four months ago, Google Plus BETA was launched. Google said it was a social recommendation service. You Plus something and other people viewing it are able to use that recommendation as a benchmark. During this period, there were tonnes and tonnes of speculation as everyone tried to figure out what the game plan would be. In typical Google fashion, there was no official game plan or cheat sheets offered, only upgrades to the product.

Next to come was Google Plus Circles and Google Hangout. These came along and were added to Gmail users’ inbox profiles. All you had to do was click the link and you were instantly in Google Hangout. It’s taken me some time to understand or get the full gist of Google Hangout but what I find interesting about it is its ability to let you create social circles seemingly effortlessly. Unlike Facebook, Google circles allows you to classify your circles under any number of user-defined circles. This is unlike Facebook that offers you only one option of friending a person or not. Google Hangout on the other hand offers users the ability to create Huddles, or social groupings where you can chat, share media and video chat all from within the Huddle.

But we all know where Google always ends up and this is Search and Ads. So their latest addition to the Google Plus origami is Google Plus Business Pages. Here brands can create a Business Page pretty much in the same way Facebook pages are set up. The only difference is that the brand can have circles which in Facebook is impossible as it is just one way. This is somehow similar to Twitter in that a brand is able to not only be followed but also to follow. The obvious direction for this feature is to begin serving ads within these business pages or offering premium search results based on ad payments.

This is quintessentially the basis of the latest Google Plus feature, Google Plus Search. Google are currently in the trial phases of creating a unique search criteria for Google Plus Pages. If you, for example, type in the search query “+g” you will get a list of Google’s Google Plus Business Pages. You can repeat this for all letters of the alphabet and discover what other companies have their Google+ pages indexed.

Another addition that has silently been implemented is the addition of Google+ to Google Apps. Going forward, it seems as though Google are going for a unifying factor in Google+. As they use their extensive inventory of apps, the result will be a merger between social, search and ads. I’m just wondering what kind of response Facebook will have for this. 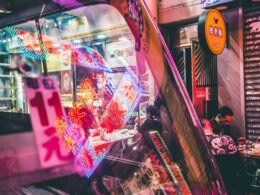 Since the dawn of time, people have sought various forms of entertainment to pass the time.
byTUT Staff

It almost feels patronizing when you read those guides that tell you “learn these simple tricks to win money at a casino” or “casinos don’t want you to know this one cheat”. As most are aware, it’s complete rubbish.
byTUT Staff