The one-time French presidential contender has not spoken out on the May 14 encounter, which led U.S. authorities to charge him with attempted rape, and the book is being marketed as his much-anticipated side of the story.

Lawyers for the maid, Nafissatou Diallo immediately dismissed the book – by Michel Taubmann – as “complete fantasy.”

In key excerpts published in Paris Match magazine Thursday – ahead of the book’s scheduled Dec. 8 release – Taubmann alleges Diallo acted seductively upon bursting in on a naked Strauss-Kahn.
Upon seeing the then IMF leader, she “started walking toward the exit. But she wasn’t in any hurry,” the excerpt reads. “She stares him in the eyes. Then, she looks openly at his genitals.”
The excerpt continues: “The flesh is weak. Dominique Strauss-Kahn saw a proposition. The situation amuses him. Rarely in his life has he refused a moment of pleasure. He does not resist the temptation to receive oral sex. The act is fast, very fast.”

Diallo’s version of event differs wildly from those described in the book.

She has alleged that Strauss-Kahn violently attacked her when she arrived to clean his suite, forcing her to perform oral sex on him before she quickly left the hotel. Investigators found physical evidence, including bruises on her vagina and traces of semen in the room, but the criminal case against Strauss-Kahn was dismissed when prosecutors said they had lost faith in Diallo’s credibility.

The excerpts also suggest that Diallo might be behind the alleged theft of Strauss-Kahn’s work Blackberry. Taubmann says phone records show Strauss-Kahn last used the IMF Blackberry around the time the incident took place and suggests Diallo was one of a handful of people who could have taken it.

The possible robbery of the cell phone, Taubmann suggests, might have been part of a political plot to bring down Strauss-Kahn – a Socialist who was then widely seen as the top contender in France’s upcoming presidential race in April and May.

The book’s excerpts do not contain any direct quotes from Strauss-Kahn, though author Taubmann said in an interview with Paris Match that he has met with the politician at least six times since the May 14 incident, and also had extensive email and phone contact with him.

Taubmann, who has written a previous biography of Strauss-Kahn, said he also studied phone records and surveillance tapes from the hotel.

Strauss-Kahn’s Paris lawyer did not immediately respond to calls seeking confirmation that the politician did indeed collaborate with Taubmann on the book.

Diallo’s lawyers Kenneth Thompson and Douglas Wigdor said late Wednesday that the allegations in the book were absurd.

“Strauss Kahn’s absurd claim that Ms. Diallo was told to steal his Blackberry and (she) somehow looked at him seductively and consented to his violent and abusive sexual acts is complete fantasy,” the lawyers said in a brief statement.

“We look forward to questioning him at trial about the sick and deranged acts he committed against Ms. Diallo” as part of her pending civil case.

After the criminal charges against him were dropped, Strauss-Kahn returned to France in September. In his single public appearance since his return – a live interview on TF1 television channel – Strauss-Kahn acknowledged “moral failings” but didn’t provide any details about what exactly happened behind the closed doors of the hotel suite.

Since his return, he has been plagued by other scandals, including allegations by a French writer that he sexually assaulted her during a 2003 interview and claims he was linked to a suspected hotel prostitution ring. 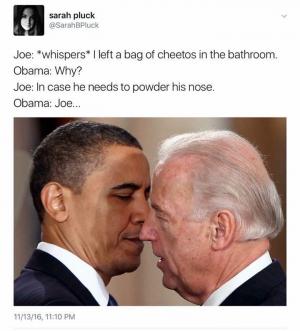