White House Weighs In On SOPA, PIPA, Says Not Yet

The White House weighs in on the Stop Online Piracy (SOPA) and Protect IP Act (PIPA) debate with a nod in favour of the Internet.

The White House has broken its silence on the ongoing raging debate concerning the two controversial anti-piracy bills that have pitted Hollywood against Silicone Valley. In as blog post by the chief technology oofficer of the Obama administration, the White House noted that in as much as it was in full support of creating tools and legislative mechanisms that can curb piracy, the administration was not willing to support a law that reduces freedom of expression, increases cybersecurity risk or undermines the dynamic, innovative global Internet. The statement continues to say:

“Let us be clear, online piracy is a real problem that harms the American economy, threatens jobs for significant numbers of middle class workers and hurts some of our nation’s most creative and innovative companies and entrepreneurs.”

“(But) Any effort to combat online piracy must guard against the risk of online censorship of lawful activity and must not inhibit innovation by our dynamic businesses large and small.”

The bill, which proposes, amongst other measures, to empower copyright holders including individuals too sue websites that either host or offer links to pirated materials is seen as a can of worms the Obama administration is not willing to open.

In an open letter to lawmakers, influential figures in the tech circles including Google, Twitter and YouTube argued that it would be back pedalling if the two laws were enacted as it would create an Internet legislation regime similar to those of Iran and China, both of which that White House has openly criticized. What’s more, the two laws have seen a fragmented but tremendous response from the Internet community that has seen millions oppose the laws in one way or another.

While the White Hose has not killed the two bills by insinuating veto, it has however made it very clear what they will accept and what they won’t accept in the two bills. In effect, the bill sponsors can still submit revised versions of the bills as long as any proposed legislation “does not tamper with the technical architecture of the Internet or create new cyber security risks.”

Afro-Latino Celebrities Address Their Ethnic Backgrounds and Challenges in Hollywood

If you are a customer with AT&T and have the unlimited data plan, you may soon see a reduction in your data speeds.
byValaney 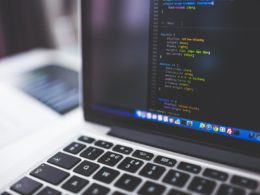 In this Q&A, researchers Brian Hunt, the UBC Hakai professor in oceanography, and faculty of science undergraduate student Jessica Schaub talk about what they’ve found so far with the aid of their aerial tools.
byBrennen Jones