The legendary songstress has lost her battle with Leukemia and passed away today.

Etta James, born Jamesetta Hawkins, the powerhouse singer who combined blues, gospel and R&B and emerged as a major star in the ’50s and ’60s, has died after a long battle with leukemia.

According to CNN, the sad news was confirmed by her friend and manager, Lupe De Leon, who revealed that James died in a Riverside, Calif., hospital. She was 73.

With her husband and sons by her side, “At Last” singer Etta James passed away at a Riverside, California hospital. Her 74th birthday would have been next Wednesday.

She is perhaps best known for her 1961 version of At Last, and James enjoyed a remarkable career that spanned more than a half-century. Her string of hits began with 1955’s The Wallflower (Dance With Me, Henry) and continued with such classics as Spoonful, Something’s Got a Hold on Me, and ‘Tell Mama. Over the years, she won six Grammy awards, and in 1993, she was inducted into the Rock and Roll Hall of Fame.

The legendary songstress with an iconic voice had six Grammys under her belt and seventeen Blues Music Awards. She was inducted into the Rock & Roll Hall of Fame in 1993, the Blues Hall of Fame in 2001, and the Grammy Hall of Fame in both 1999 and 2008.

Her life was portrayed on-screen in the 2008 Cadillac Records musical bio-pic, which was loosely based on the rise and fall of James’ label of 18 years, Chess Records. That voice, that fieriness, and her beauty will indeed be missed. 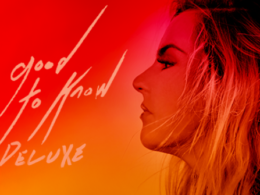 She was only 13 years old when Joanna Levesque aka JoJo stepped into the game. Her debut single…
byDomingorich