Heidi Klum And Seal Divorce is Still On According to Sources

Heidi Klum and Seal are set to divorce. Heidi is expected to file the divorce petition next week, citing irreconcilable differences.

According to rumors, German supermodel Heidi Klum is set to file for divorce citing “irresponsible differences” as the reason why she seeks to divorce her singer husband, Seal.

The couple got married in 2005 and they have three children together and Klum’s daughter Leni from a previous relationship.  Heidi and Seal are well known for their respective career accomplishments and also for renewing their vows annually, with romantic ceremonies.

Klum is said to have earned $20 million last year, but it is unclear how much her husband earned during the same period. This raises questions about how the couple will split their wealth, if the divorce goes through.

The couple was last photographed happily vacationing in Aspen, Colorado immediately after Christmas.

While representatives from both sides have not confirmed whether the divorce rumors are true; Klum is expected to file the divorce petition at the Los Angeles Superior Court next week.

Portland Rappers Put On For Their City in Dope Cypher

Hip-hop has a number of movements in different cities. Future and Outkast are two of Atlanta’s biggest acts,…
byVictoria Johnson 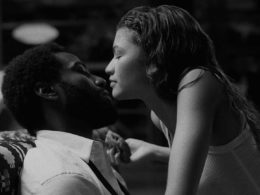 Most surprising of all: They didn’t film it at home, each actor staring into their webcam.
byBien Luigi