For the benefit of their daughter Nahla, Halle Berry and Gabriel Aubry have been asked to get some serious counseling.  This is partly because their court hearing was highly unproductive and contentious, according to reports from members of the law enforcement who were present for the hearing.

Reports state that the L.A County Department of Children and Family Services has submitted more than 12 recommendations to the presiding judge; including meditation in the prescence of a third party to seat with the two and come up with a mutually beneficial agreement on how Nahla will be raised. Gabriel seemed hesitant with the arrangement, while Halle Berry was receptive to the idea.

Halle Berry is said to continue with personal counseling, while Aubry says that he will only go for counseling to deal with his anger issues. Nahla will also be go for counseling.  The judge however declined to make a ruling on the situation with Nahla’s nanny who was fired by Aubry. A ruling was also not made on Halle’s request to keep Nahla away from Gabriel until the investigations are concluded.

Jussie Smollett’s Criminal Case To Be Unsealed By Chicago Judge

After struggling in New York for many years, Gary Kordan moved to Los Angeles. Over the course of ten years, he would evolve into one of the most established talents in the design world.
byChristina Jeter

If You Miss ’90s R&B, Listen to Taylor James 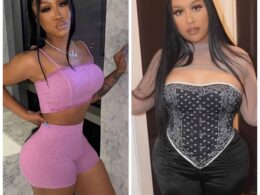