The revelations were shocking and appalling to those outside the NFL: A team paid bounties to knock opponents out of the game, including some of football’s biggest stars.

For those who suit up, however, it sounded more like the long-accepted cost of doing business in a brutal sport, a dirty little secret that everyone kept on the down low.

Atlanta Falcons star Roddy White called it a “league thing” that goes far beyond the New Orleans Saints. Shawne Merriman of the Buffalo Bills wondered what all the fuss was about, having long maintained he was targeted and sustained a career-altering injury. Former All-Pro guard Alan Faneca said he wasn’t surprised at all that a sordid system had finally been exposed.

“It’s a violent game we play. Whether people want to think about it or not, part of the game is to exert physical dominance over your opponent,” Faneca, who retired after the 2010 season, told The Associated Press on Saturday. “If it results in a guy not finishing the game, then that’s what happened in the course of playing the game.”

Former NFL player Matt Bowen was the bluntest one of all.

“Bounties, cheap shots, whatever you want to call them, they are a part of this game,” Bowen wrote Saturday in a column in the Chicago Tribune.

The NFL said Friday that Saints players and at least one assistant coach maintained a bounty pool of up to $50,000 the last three seasons to reward game-ending injuries inflicted on opposing players, including star quarterbacks Brett Favre and Kurt Warner.

“Knockouts” were worth $1,500 and “cart-offs” $1,000, with payments doubled or tripled for the playoffs. According to the NFL, the pool amounts reached their height in 2009, the year the Saints won the Super Bowl.

The NFL investigation, by its own security department, delivered a blow to a league that has placed increased emphasis on safety, especially concerning concussions and dirty hits.

But as objectionable as many find the activity, is it a crime?

There was no immediate sign that prosecutors would investigate. The NFL has yet to hand out punishments, which could include suspensions, fines and loss of draft picks.

“I haven’t studied the issue yet and it’s not before us,” said Leon Cannizzaro, the district attorney of Orleans Parish in New Orleans.

Another government agency to keep an eye on: the Internal Revenue Service, which might view bounties as extra income that wasn’t reported on tax returns.

Asked whether there is a culture of “bounties” that goes beyond the Saints, NFL spokesman Greg Aiello said: “If we find other violations of league rules, we will take action.” He declined to comment on whether other teams are being investigated.

If the news stunned NFL fans, it didn’t evoke the same reaction in seasoned players.

“It’s a league thing, but it’s about to end because of the Saints story,” White tweeted Saturday.

He also posted, “I got my own bounty on the Saints defense I want to kill them every year.”

The Falcons have a bitter rivalry with the Saints that dates to the 1960s, when they entered the league a year apart as expansion teams. They have long been in the same division, facing each other twice a season. When one of White’s Twitter followers asked if he knew how much the Saints might’ve paid to knock him out of a game, he replied, “At least a million dollars.”

Merriman, a three-time Pro Bowler, claims he was intentionally injured in 2007 while with the San Diego Chargers. in retaliation for hitting Tennessee quarterback Vince Young after a handoff. Merriman hasn’t been the same dominating player since the knee injury.

“Why is this a big deal now? Bounties been going on forever,” Merriman tweeted.

Former Saints defense coordinator Gregg Williams apologized and admitted overseeing the sordid program, which involved between 22 and 27 defensive players and, according to the NFL, was carried out with the knowledge of head coach Sean Payton.

“It was a terrible mistake, and we knew it was wrong while we were doing it,” said Williams, who is now defensive coordinator of the St. Louis Rams.

Bowen, who played strong safety in the NFL for seven years, said Williams had a similar bounty system during his tenure with the Washington Redskins.

“Prices were set on Saturday nights in the team hotel,” Bowen wrote in the Tribune. “In a makeshift meeting room, with the whisper of evening traffic pouring in from the Beltway, we laid our bounties on opposing players. We targeted big names, our sights set on taking them out of the game.”

From Bowen’s perspective, it was the price of doing business.

“It’s a fundamental part of the NFL’s culture that isn’t talked about outside of team facilities,” he wrote. “I’m not saying it’s right. Or ethical. But the NFL isn’t little league football with neighborhood dads playing head coach. This is the business of winning. If that means stepping over some line, you do it.”

This isn’t the first time the bounty business has surfaced in the NFL.

In 1989, then-Dallas coach Jimmy Johnson claimed that his Philadelphia counterpart, Buddy Ryan, took out a bounty on two Cowboys players. The game became known as the “Bounty Bowl.”

Ryan’s son, Rex, now coaches the New York Jets and said he has never ordered his players to take someone out.

“In every locker room, it’s posted clearly: No exceptions to the rule on bounties for hurting people,” he said at a sports conference in Boston Saturday. “I just don’t believe it’s right, on a human level.”

“There is a lot of stuff that goes on over the course of the season,” he told the AP. “There might be something that happened in the first meeting between teams and that brings attention to a certain guy, who might’ve cheap-shotted a teammate, and then there’s an opportunity to get back at that guy.

“But as far as coaches putting a bounty on a guy, I’ve never seen it. I have heard of it. The nature of the game is so physical and a lot goes into game preparation each week and those game plans always include getting physical with the best players on the other team.”

Former Washington quarterback Joe Theismann said he’s surprised it took this long for such an ugly, widespread case to be revealed. He knows for sure bounties were put out on him when he played in the 1970s and `80s. His career ended on Nov. 18, 1985, when New York Giants linebacker Lawrence Taylor broke Theismann’s leg in a gruesome sack that exposed his broken bone on “Monday Night Football”.

“In a sick way, I guess it’s flattering,” Theismann told the AP. “If you had a bounty on you, you were a pretty good player and they wanted to get rid of you.”

He said bounties are probably not as widespread as they once were, with the league’s increased emphasis on safety.

“It’s a violent game and this is part of the game that I’m sure the NFL doesn’t want fans to know of,” said retired offensive lineman Pete Kendall, who played in the league for 13 seasons. “But it shouldn’t stun anybody who spent any time working in that game.” 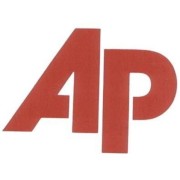