Sunday night the Seahawks signed Lynch for 4 more years. The decision was made just 24 hours before teams had to use the franchise tag.

Sunday night the Seahawks signed Lynch for 4 more years. The decision was made just 24 hours before teams had to use the franchise tag.

If Seattle would’ve used the franchise tag, they would have owed Lynch $7 million for just one season. The details of this candy loving player’s contract is that it is worth $30 million with a guaranteed $18 million. Talk about a sweet deal.

Lynch rushed for 1,204 yards and 12 touchdowns last season and became a coach favorite for playing with a maturity and attitude that the coaching staff wished the rest of the players would have played with. The dedication of Lynch’s play allowed the Seahawks to win 5 of their 8 final games. Lynch was the first player last season to get a rushing touchdown against the San Francisco in week 16.

Lynch was traded to Seattle from the Bills after his career there took a stall.

Lynch’s career with the Seahawks look promising. With his head in the game and his self recognition of being a pro, he is sure to get the Seahawks to the playoffs this upcoming season, and we all will be watching. 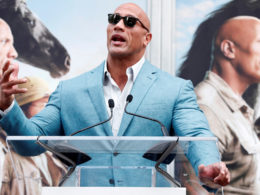 Once looked to be the number pick of the 2013 NBA Draft, Nerlens Noel fell all the way down to the number 6 pick. Then he was traded for an all-star point guard.
byEverick Davis Jr

It is apparent that the WWE has a legitimate threat to its top spot in the wrestling industry. With AEW, they are in trouble.
byH. Sylver