Zynga made its intentions obvious recently with the launch of its own social gaming platform separate from Facebook and this week, that dis-intermediation has come out in full light.

Zynga made its intentions obvious recently with the launch of its own social gaming platform separate from Facebook and this week, that dis-intermediation (as the folks down at Apple like to call breakups) has come out in full light. Zynga has announced that they have signed on a number of third-party game developers who will publish their games on the Zynga platform and to Facebook through Zynga.

partnership has seen the likes of Konami and Rebellion join ranks with Zynga in a bid to separate the social gaming layer from the social later. Zynga has intimated all along that it believes that it can create a secondary social network in the gaming sphere to rival even Facebook’s legions of followers.

The game two developers are best known for hardcore video game franchises such as Metal Gear Solidand Aliens vs Predator  and will be seeking to tap into the huge user base that Zynga currently enjoys with its signature games Farmville and Cityville.

Zynga has not been pulling any punches when speaking and planning for its future and this can be understood especially in light of the fact that the company is now public and cannot rest its laurels on past great friendships. It must now focus more on delivering shareholder value above all else and this new plan seems to be pointing Zynga in just the right direction.

Amazon has announced a new licensing agreement with Viacom that will see Amazon offer its Prime Instant Video customers an additional 15,000 plus shows and movies.
byDaniel Mbure 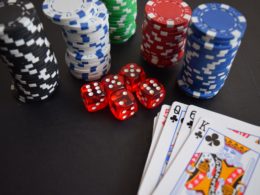 GameStop is allegedly telling employees to simply place plastic bags on their hands in order to continue working despite the jeopardy to their health.
byBien Luigi

These homeless people should have still gotten paid for their time.
byBrennen Jones