In the mist of all the scandal with the saints former players, Warren Sapp is adding fuel to the fire.  Sapp, a NFL Network analyst blamed Jeremy Shockey, free-agent tight end who played for the New Orleans Saints, For snitching.

Shockey offered to take polygraph test twice to prove his innocence in the matter. Even went as far as to say he would do it live.  The fact that Sapp accused Shockey for cheating threatens the NFL policies for protecting their sources.

Sapp defended his source stating “My source that was close to the situation informed me that Jeremy Shockey is the one that was the snitch initially. I trust my source unequivocally. Shockey then responded via twitter stating that he would take a polygraph and also took a few shots at the NFL Network Anchor. 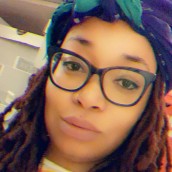