Chicago’s on Lucci Vee is on the rise with her recent mixtape release, video & song features, and so much more to come. Surprising listeners with her cute look but beastly flow Lucci likes to call her style “the best of both worlds.” She’s definetly one to look out for!

Halle’ Williamson: How do you feel your personality sets you apart from the other female rappers?

Lucci Vee:  I feel like most of the other underground female rappers either try to be overly sexy, or they try to be hood with it, manly with it. But, my style is kind of like I keep it G but I’m also girly. I talk about beating your a** on the track but I’ll still hair flip on you too. I make it so that guys can feel comfortable listening to my records & females can still relate to me too.

HW: Do you think there is a lack of female rappers?

LV: I feel like Nicki Minaj made girl rapping more popular, so a lot of girls are trying to rap now but I don’t really consider them rappers, they’re just girls who try to rap.  I mean, yeah there is a lack of female rappers, but there’s a lot of wannabees out there right now.

HW: How do you feel about underground artist becoming major artist and changing their whole personality & style?

LV: Honestly, I use to be a big Nicki Minaj fan before she signed with Wayne & was with Dirty Money. I thought she was dope like I really liked her.. I liked how she was real ratchet and just hood, she had on a lot 29 hoodie the first time I saw her.  She was just keeping it real g and spitting forreal, now its kinda like over the top to me. I feel what she’s doing because she’s about her paper or whatever but, whenever I cross over from underground to mainstream I just want to make sure I stay myself, I want to make music I would listen to on a daily. I mean I really don’t think Nicki would listen to super bass on the daily, like that s*** is annoying (laughs) so it’s like, I just wanna make music my people can still listen to and something that I can ride around and get it to.

HW:  How did you get into the rap game?

LV: I started rapping by accident actually, I use to only sing. When I moved to Chicago, I met these guys and I sung for them and they were just like we’re going to get you into the studio and I was like okay cool.  One day they were having a cipher and I just jumped in joking around,  because I always use to joke around with rapping , I never took it serious. They all stopped and looked at me like yo, your’e actually raw, I was like are you serious? So I went to the studio and recorded a joint with two guys, I was the only girl on there , threw it up on the MySpace page and overnight it had hella hits , everybody was just telling me how cold I was  and I was still like are y’all serious. After that first song I put on MySpace, ive been going since then, just rapping, I barely sing anymore.

HW: Do you feel social networks give you a chance to be more intimate with your fans?

LV: I really feel like Twitter & Facebook really help my fan base because I say any and everything on these social networks  (laughs) so, people get to see my personality and how crazy I am. I think they like that first, then once they realize that I know how to rap it’s kind of a bonus. It helps me out a lot.

HW: Do you have any upcoming projects?

LV: I have the video with Raphael Mannequin for his song “Parental Advisory” that’s over 15k views right now, the “Gossip” video with Keish Keish , my second mixtape  “Confessions of a Glamazon” im recording for soon, I’m trying to do another summer release for that like I did with “Guard Ya Grill” but a little earlier in the summer because I did that like in August. Hopefully I can be done with that by July. I do have another project I’m working on that I cannot say because I’m under contract  but, It’s gonna be crazy this summer. I know people aren’t going to expect it from me, but I don’t only rap. I dance, I act, I sing, I host, so something out of that category nobody is expecting me to do is going to drop this summer and it’s going to be crazy.

Check out her latest single “Hands on Your Knees” below and download her “Guard Ya Grill” mixtape available on ReverbNation now!

Author
Halle' Williamson
Sophomore at Claflin University majoring in Mass Communications with a PR focus. I've been interested in journalism/communications field since high school. I love every aspect of journalism & the entertainment industry. Leave comments if you'd like.
Previous Article

Kimbo Slice And The Curious Case of Brian Green

Tupac’s Back! The Hologram that Made Millions Rock Out

Tupac's back! And he rocked this year's Coachella festival in his hologram form.
byValaney

The Urban Twist caught up with EDM powerhouse Lachi to discuss her career, working with big name rappers like Styles P and Snoop Dogg and why she's hoping her music makes it to the soundtrack of one of Marvel's hit TV series.
byVictoria Johnson

Elton John seems to be stepping into the third act of his astonishing career and he has shared a desire to work with Kanye West, Pharell Williams, and some other hip-hop acts.
byPascal Mnyika 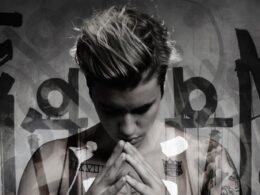 The 5 best album covers of the last 5 years

The music industry in the 21st century has been defined by a shift in the way that listeners experience the songs they love.
byTUT Staff