The company behind virttually bringing Tupac from the dead during this year’s Coachella festival has gone bankrupt.

PORT ST. LUCIE, Fla. (AP) — Less than a year after going public, the digital production company founded by director James Cameron has filed for Chapter 11 bankruptcy protection and agreed to sell the core of its business to a private investment firm for $15 million.

Digital Domain Media Group Inc., best known for its work on Cameron’s “Titanic,” has produced visual effects for more than 90 movies, including “Pirates of the Caribbean: At World’s End” and the “Transformers” series. And in April, its Tupac Shakur hologram made a splash when it took the stage at the Coachella Valley Music and Arts Festival and appeared to perform alongside Snoop Dogg.

But the company was “running out of cash,” Chief Restructuring Officer Michael Katzenstein said in court filings, and had violated cash and debt requirements set forth by its lenders. It tried to find additional outside sources of capital, but wasn’t able get enough to restructure its debt and pay its operating expenses, he said.

The downward spiral was swift. The company went public just 10 months ago but sold nearly five million shares at $8.50 each, below the expected $10 to $12 range. Drifting to the $5 range by spring, the stock then spiked as high as $9.20 following huge reaction to the Shakur hologram, with the performance garnering 15 million YouTube hits within 48 hours and winning a top award at the creative marketing gathering Cannes Lions. Building on the buzz, Digital Domain got the greenlight to create an Elvis Presley hologram for shows, film, TV and other projects worldwide, including appearances.

But by August the struggling company said it would review its options, suggesting a possible sale. Shares have fallen as low as 44 cents in recent days.

Digital Domain, based in Port St. Lucie, Fla., has studios in California and Canada that create digital visual effects, animation and digital production for the entertainment and advertising industries. The company had spent the past few years building a new animation studio in Port St. Lucie, using millions in incentives from the city and the state. But it defaulted on a series of loans and just days ago said it would lay off about 280 workers and close its Florida facility. CEO John Textor, also the company’s second-largest shareholder, resigned, protesting the decision.

Florida Gov. Rick Scott has ordered his inspector general to investigate the process used to award millions in state incentives that were used to lure Digital Domain to the state.

Digital Domain filed in the U.S. Bankruptcy Court for the District of Delaware, along with a Canadian court. Day-to-day operations of Digital Domain’s remaining business won’t be affected by the Chapter 11 filing, the company said. Debt holders have agreed to provide up to $20 million in financing that will fund its activities while it restructures.

As of June 30, the company had total assets of about $205 million and total liabilities of about $214 million.

The sale agreement with Searchlight Capital Partners LP includes the company’s operating subsidiaries in the U.S. and Canada. It remains subject to an auction process where the company can consider other higher offers, and must be approved by the court.

Missy is back...with Pharrell, and her timing could not have been any better.
byBrennen Jones

Album Review: Eminem – Music to Be Murdered By

January 17th – just out of the blue, with no prior announcement, Marshall Mathers or simply Eminem dropped…
byDomingorich 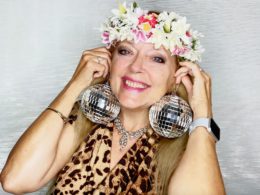 The commercial played, featuring three of his daughters pleading with the nation, hoping that someone, anyone would come forward with information about their father’s appearance.
byBien Luigi

M.U.R.R.A.Y. Man: Bill Murray to Save Once Upon A Time In Shaolin From the Clutches of Shkreli

The top bidder of the very exclusive Wu Tang album, Once Upon A Time in Shaolin was notorious, super rich pharmaceutical executive Martin Shkreli. The album sold for a cool $2 million. Wu Tang fans are in an uproar because of Shkrli being the new owner.
byAmy Wesley