One thing is true about records: they were meant to be broken. Generally, that’s exactly what happens, even if it takes a long, long time. Sometime, however, a record is set and we understand collectively that it will probably stand forever.

Here’s a look at some NFL records, in no particular order that will most likely never be bested.

What would a professional football game be without a single punt? I mean besides exciting? Way back in 1992 the Buffalo Bills and San Francisco 49ers played such a game. The 34-31 affair had plenty of offense, as evidenced by its 65 points, which had a lot to do with keeping Klaus Wilmsmeyer and Chris Mohr off the field.

It was the first time in NFL history that a full game was played without a single punt. To be fair it’s the kind of record that can never be beaten, only tied, but 20 years later it’s never been matched. Won’t say it won’t ever happen again, but based on the age of the NFL and the sheer number of games played, it speaks to the uniqueness of the feat that it’s only happened once.

Any football fan worth their salt knows that Paul Krause was one of the most formidable defensive backs in NFL history. He joined the League in 1964, spent four seasons with the Washington Redskins, then the next 12 with the Minnesota Vikings. In addition to being selected to the Pro Bowl eight times, he currently holds the NFL record for interceptions at 81, which he picked from 45 different quarterbacks.

To put this into perspective, current NFL defensive back Charles Woodson leads all active players with 54 interceptions. At just under 4 interceptions per season as an average throughout his 14-year career, just seven more seasons at that pace will see him retire with 82. At age 35, however, there’s a good chance he’ll retire long before that happens.

For now, Paul Krause’s record appears to be on the safe list.

I thought for a very long time that Jim Marshall’s record of 270 consecutive starts (289 including the playoffs) would stand forever. After all, that’s a lot of starts and today’s players don’t seem to have that kind of longevity and sustainability. It was also a record that had been in the books since 1978.

Then something magical happened. #4 proved his mettle and durability by not only passing Marshall, but literally blowing right past him. Brett Favre ended his career in 2010, but not before racking up 297 career regular-season starts (321 including the playoffs). Incredible, truly, when you consider he was a quarterback. That position hasn’t always been filled by the toughest of guys, and their longevity isn’t generally measured in decades.

There’s an excellent chance this record will never be topped, which makes Brett Favre one of the NFL’s true ironmen.

Okay, this might be a bit of an esoteric record, but it’s legit nonetheless. It’s also the kind of record that can never be beaten unless the NFL changes its rules on the length of the field.

On November 4, 2007 Antonio Cromartie of the San Diego Chargers stood in the back of the end zone the Minnesota Vikings lined up for 57-yard field goal attempt by Ryan Longwell. Cromartie was smart to play defense where he did, because Longwell missed the field goal, short.

Cromartie took the ball the other way for 109 yards and a touchdown in what is still one of the most impressive feats in NFL history. Because of the length of the field, this is the kind of record that can only be tied, but chances are this one is going to stand for a good, long time.  But don’t think there won’t be defensive backs gunning for it. It’s a very cool record and one a lot of guys would love to have their name attached to!

Most likely not too many of us remember Green Bay Packer great Don Hutson. Essentially, he was the first superstar wide receiver in the NFL, and he’s left an indelible mark.

Sure, he played in the ’30s and ’40s, but he holds an impressive list of records that stand to this day, and we’re talking about a guy who retired in 1944. That’s almost 70 years!

Here’s a list of records still held by the awesome Don Hutson, and which are likely to stand for at least a few more years:

When you consider this is a league that has since seen the likes of Terrell Owens, Jerry Rice, and Randy Moss at the exact same position, it’s even more impressive that these records still stand today.

I think it’s safe to say that George Blanda‘s 26 seasons in the National Football League is a record that will stand forever. Not only are today’s players not inclined to suit up for that many seasons, but today’s pace-of-the-game tends to cut far too many careers short.

Blanda joined the League in 1949 when the Chicago Bears drafted him in the 119th spot and agreed to pay him $600. He last played for the Oakland Raiders in 1975. He played just about every position, including quarterback and placekicker.

In short, George Blanda was one of the last Renaissance men to ever play the game. Heck, he even had an interception!

Here’s another record that can only be tied, but it’s a dandy. On October 5, 2009, Brett Favre, in a Minnesota Vikings uniform, beat the Green Bay Packers 30-23. The significance of this particular win? It made Brett Favre the first quarterback to tally at least one win against all 32 NFL teams.

Had he never been traded it’s likely this record would still not have a name attached to it. As a New York Jet, his first team after leaving the Packers, he never had a chance to beat his old team as they never met.

Most Passing Yards In A Game

When you think about this record, some obvious names pop up. Dan Marino, Roger Staubach, Drew Breeze, Tom Brady, Peyton Manning, Steve Young, and Joe Montana just to name a few. However, unless you add Norm Van Brocklin on that list you won’t have the record-holder.

On September 28, 1951 Van Brocklin, quarterback for the Los Angeles Rams, passed for 554 yards against the New York Yanks in the opening game of the season. Not too surprising, the Rams won that game 54-14.

60+ years later, this record still stands; I don’t know about you, but any passing record that can stand for six decades is just as likely to stand for six more. After all, in any game today with a score that lopsided, most starting quarterbacks are likely to be resting by the midway point of the 3rd quarter. Any way you slice it, however, this is one heck of a legit record. Good on ya, Norm!

You know your career touchdown receptions record is safe when the next closest players are more than 40 behind you, and their best days are behind them.

The inimitable Jerry Rice has a record 197 career touchdown catches, which is 44 more than Terrell Owens and Randy Moss. It’s actually a mind-blowing record, all things considered. In fact, consider this: Rice also has almost 400 more catches than the guy directly behind him, Tony Gonzalez!

Rice had a fortunate career that saw very few injuries, and one that had him paired with two of the most prolific passing quarterbacks in NFL history: Joe Montana and Steve Young. Right there is a dynamic that no future receiver may ever have the luxury of enjoying.

For my money this record is etched in stone.

Most Interceptions In A Single Season

Dick “Night Train” Lane was one of the baddest men in the NFL. His single-season record of 14 interceptions might not seem like an impressive record, but considering this record has weathered the storm since 1952—with only Paul Krause getting close at 12—there’s a very good chance “Night Train” will forever be in the record books.

More impressive, however, are two aspects of this record. One, Lane set this record in his rookie season. How many rookie defensive backs do you know who’ve ever had this kind of season? Two, he did it in only 12 games! Even if someone does eventually break this record, it’s doubtful they’ll do it in 12 or fewer games, which means any new record will come with an asterisk. 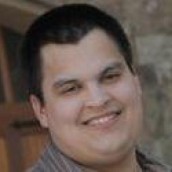 Tagg writes on behalf of CableTV.com. He typically writes about sports and technology. When he’s not writing or tinkering on the latest gadget, he enjoys coaching youth football. You can follow him on Twitter @CableTV.