Turkey’s foreign relations: part of Europe or leader in the Middle East?

After numerous refusals of Turkey’s accession to the EU, and the coming to power of the AKP, Turkey is seen to release its European dream and turn toward the Middle Eastern region, as stipulated by the foreign policy of Davutoglu as well. Turkey acts as a model and mediator in the region, continuously increasing its reputation in the area.

Turkey’s foreign relations in the international arena are two-folded, especially since the era of the AKP government. While Turkey had a strongly and distinctively pro-European profile before the AKP got to power, this profile has been softened to a significant extent by introducing the dimension of Islam.

Meanwhile, prime minister Erdogan has been committed to the principle of democratic development as well as the European integration. Turkey had made several attempts to join the EU since 1959, the first time it applied for membership. Yet, Turkey’s eagerness to join the European community had largely been in vain, and less considered, as the major players of the EU were continuously disregarding the possibility of the inclusion of Turkey into the system. France did its best to block the way of accession of Turkey into the European neighbourhood. Although the community did not intend to explicitly refuse Turkey’s joining to the EU, they have recently set up measures and requirements that practically obstruct Turkey’s inclusion to the EU.

Many scholars claim that the EU is turning away from Turkey. However, one shall not forget that the EU had never actually turned toward Turkey; what is happening now could much better be seen as Turkey turning away from the EU. As much as the Union is said not to need Turkey in its ranks, Turkey recently realised that it also does not need the EU as much as to give in to their demands and requirements.

This procedure was sped up since the coming to power of Erdogan and his foreign affairs minister, Davutoglu, who radically reformed how Turkey’s foreign relations were operated. Although Turkey did not give up on European accession, and is still committed to democracy, it has been significantly reduced to a possible option and is not the utmost aim.

While Turkey is seen to be turning away from the EU, it is simultaneously turning toward its other neighbours, and strengthening its relations with other Muslim countries, mostly Arab ones, as well as Iran and Iraq. In this role, Turkey offers a model of democratic transformation to revolutionary countries; not only a model, but also moral and political aid. Moreover, Turkey plays a key role as a mediator in the region, often negotiating the way out of a stand-still situation.

In the meantime, Turkey is not only turning away from its EU accession dream it once pursued so much, but equally away from America who had been politically close to Turkey, as well as the regional protégé of the US, namely Israel. Turkey’s recent confrontations with Israel sets it apart from the egis of America and apart from the possibility of the accession to the EU, yet opens possibilities previously less utilised by Turkish foreign policies, and that is the huge capital to earn from good regional relations.

Now Turkey seems to face a crossroads in international politics: it can choose either to be a part of the larger European community, or be a model and a leader in some ways in the Middle Eastern region. Seemingly, this latter fits better the foreign policies of Davutoglu, playing largely on Turkey’s regional roots and its belonging to the Muslim world, and also assessing an increasing role in the Middle East. 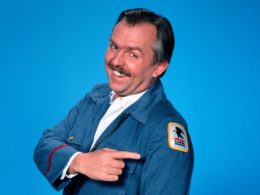 Is Bradley Manning a turncoat or a hero? The courts will finally decide.
byHaley BeMiller

This driver passed out and crashed their car after wearing a N95 mask for too long.
byBien Luigi