Oklahoma City Thunder, Superstar point guard Russell Westbrook is out for the remainder of the playoffs.

Wow, this is depressing. It seems like everyone is getting injured these days. A lot of teams are in the playoffs looking completely different because of injury to their star players. The Celtics lost Rajon Rondo halfway through the season, which has killed them in the long run as their about to get swept by the Knicks. Derrick Rose hasn’t suited up once for the Bulls this season, but at least the Bulls giving the Nets a series, winning the last two games. The worst injury has to be Kobe Bryant’s, this guy lead the Lakers in one of the worst seasons for them and then goes down with a season ending injury right at the end of the season.

Now the Thunder have to deal with something they never have : no Russell Westbrook. The star point guard injured his knee during the second quarter of Game 2 of the series with the Houston Rockets. This guys ridiculous after getting injured he still played as finished with 29 points. First off Westbrook is amazing. Really this guy is a beast, this is the one article I never thought I would right. Russell Westbrook injured? It has to be something in the water because Westbrook hasn’t missed a game in his NBA career. Ever since the Thunder drafted him he’s played in every single game. That’s 392 consecutive regular season games played and that number would be higher if last season wasn’t shortened by the lockout.

This is awful news for the NBA and terrible news for the Oklahoma City Thunder. Its wonderful news for the rest of the Western Conference as the second best player on the best team in the conference is out of commission for the playoffs. Instead of facing the most athletic point guard in the league  teams will be face 87-year-old Derek Fisher (I think he’s 37 for the record) or second year guard Reggie Jackson (I really hope its Reggie). Russell’s injury will show the world what Kevin Durant can really do. Westbrook has been there as the second wheel (sometimes first) to Kevin Durant through all the success, now its time to see what he does alone. Durant recently said he’s tired of being 2nd all the time. Well now it’s number one or nothing. Durant is a superstar so I know he can do it, he just has to show it. The Thunder are still the best team but now’s the time for Kevin Durant to show he’s the man.

Gamers Will be Able to Order Pizza from Their Xbox

The Tim Tebow Era is Over : Tebow Released from the Jets

Unfortunately, many people exercise only when they want to burn calories and lose that extra weight.
byTUT Staff

Teams Could Possibly Play Games Without Fans Due to Coronavirus, the NBA Reportedly Warns

Big venues appear to be exercising an abundance of caution even though officials are still determining what we’re actually dealing with as the Coronavirus spreads. Teams are warned to prepare for possibly playing games in empty arenas as the Coronavirus continues to spread across the globe, according to a memo from the NBA.
byBien Luigi

Shaq paid the funeral expenses of a Louisiana boy who died in a car crash.
byBien Luigi 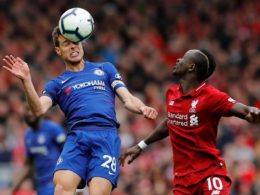