As the intensity of the civil war does not seem to decrease, would it be time for the international community to consider military intervention in Syria?

The civil war in Syria has gone on for over two years now, without much advancement toward any sort of settlement. Thousands were found dead on the ground, other wounded, and the number of emigrants is also rapidly growing, causing concerns to neighboring countries.

Neither side seems to be ready for a settlement. When the people demanded reforms, Assad refused. Then as clashes intensified, Assad would have agreed to carry out democratic reforms and give in to the will of the Syrian people. Then again, the people’s rage was way over the point of accepting any compromise, and claimed that Assad’s offer came too late. This attitude on both sides entrenched ongoing civil war in Syria. Given the intermittent nature of this rebellion, one question arises: should the UN and the NATO finally consider military intervention in Syria?

We can argue both pro and cons. There are a whole lot of arguments for both, which all have underlying political and economic dimensions as well. A general assumption is that Syria is much more densely populated than Libya, therefore it would be much more difficult to have a larger portion of the country under rebel control. Yet if there were a clear decision to step up against Assad, this would matter less.

Yet when talking about the UN, we should also not forget its operation structure: even one single vote of a permanent member (China, Russia, US, France, United Kingdom) can hinder any action. Therefore it is difficult to achieve any military intervention in Syria if China and Russia both veto this decision. Both countries have established economic relations with the Assad regime, and Russia have been always behind the Syrian government in the past decades. It would therefore be hard to relinquish economic advantages in the favour of humanitarian needs.

Now given the inability of the UN to get to a consensus on military intervention in Syria, the NATO remains. The NATO itself includes America and western countries, but its partnerships go across the globe, linking most of Europe and Asia to the organisation, in one way or another. The latest NATO intervention was the one recently operated in Libya, in 2011, codenamed “Operation Unified Protector”.

So what is the difference between Libya and Syria that the NATO was ready to intervene in Libya but hesitates to do the same in Syria? There have been equal bloodshed in both countries, equal suffering and equal need for outside help, yet it seems the organisation favoured the “liberation” of Libya and not that of Syria. This most probably reflects the US need for oil – which can be found in Libya but not in Syria. For the same matter, we could also talk about the intervention in Iraq which turned out to be useless and lacked solid foundations – still, nobody ever condemned America for that. Moreover, Assad is still safer than Qaddafi used to be. Although as a general rule, the evil one knows is better than the evil one does not know, the situation in Libya added to the need for oil and the already difficult relation with Qaddafi made the intervention less risky than military intervention in Syria.

A young rebel in Syria’s streets

Another explanation would be that the Syrian war already created two blocks: one favouring intervention (this including mostly Western countries, and the US to a certain extent), and one against intervention (China, Russia, Iran). In case the “Western bloc” would arm the rebels, it would soon drag the other bloc into the war more fervently, channelling arms and manpower into Syria to support the Assad regime. Most likely, Iran would provide manpower while Russia and China would provide the arms. Then again, this may lead to an ever bigger scale of civil war and even more bloodshed. Therefore, simply sending arms to the rebels will not do the job of saving Syria. As David Roberts argues, using economic and trade restrictions against the government would be an option, maybe better than arming the rebels, but there is no reason to think that the supporters of the Assad regime would not help them out with any supplies, further isolating the civilian rebels.

Now a military intervention in Syria is becoming inevitable, but seemingly UN and NATO intervention is, in turn, becoming impossible. If not the UN or the NATO, the Arab bloc should act finally as one to save the Syrian people and bring down Assad to end the ongoing 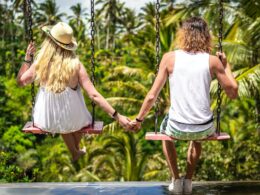 Working Non-Stop? 3 Ways To Take A Vacation In Pandemic Times

Hectic schedule laden with constant working not only takes a toll on the physical well-being, but also mental…
byTUT Staff

ShamWow Guy and the Hooker That Bit Him

That ShamWow guy just whooped a trick for biting his tongue.
byBrennen Jones