NEW YORK–Mommy’s little secret is now out in the open.

Andrea Sanderlin, a divorced mother of two girls in Scarsdale, N.Y., was arrested for running a multi-million dollar marijuana operation. According to the New York Observer, authorities found 2,800 marijuana plants in a Queens warehouse on May 20. Sanderlin faces up to 10 years in prison.

No one knew what Sanderlin was up to. She was never seen drinking or smoking. Sanderlin fitted in at Scarsdale. She would take her oldest daughter horseback riding at Twin Lakes Farm in Bronxville. Sanderlin also had a clean slate. The news shocked friends and neighbors. Scott Tarter, the stable and general manager at Twin Lake Farms, told New York Daily News, “She seemed like every other mom. I did find it odd that she hadn’t been around for a couple weeks.”

The beginning of the end for Sanderlin started in April. The Drug Enforcement Administration charged five men with growing and selling pot in New York City warehouses. According to The Smoking Gun, the group’s leader was Stephen Haberstroh, a friend of Sanderlin. One of the men ratted her out. Investigators called Con Edison to see if they noticed anything unusual with her electric accounts. Apparently, there was with a business Sanderlin ran called, “Fantastic Enterprises”.

According to Newsday, Sanderlin’s electric bill for “Fanatastic Enterprises” was around $9,000 a month, and she paid in cash. US News and World Report said Sanderlin had also owed Con Ed $14,000 for previous warehouses owned. Authorities obtained a warrant after Sanderlin refused to let them in the warehouse. They discovered  “state-of-the art” ventilation and irrigation systems and $3 million worth of marijuana.

For someone with a clean criminal record, Sanderlin looked like a pro. Maybe it is because she did her research. Brian Crowell, special agent in charge at the DEA, said they found books on how to grow marijuana and how to launder money at her home. Authorities also found $6,000. According to the US News and World Report, the maid was in on it. She was apprehended trying to make a delivery of $7,900.

Many references were made to Showtime’s “Weeds” when the news broke out. The New York Post actually contacted the show’s creator Jenji Kohan. She called the arrest a “bummer”. In Sanderlin’s shoes, bummer would be an understatement. 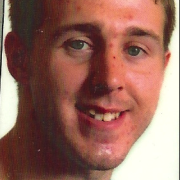 John Bean
John Bean just completed his junior at the University of Missouri, and expects to graduate in May 2014. John is a journalism major, and is also working on a business minor. He grew up near Chicago, and hopes to become a sportswriter someday. To answer everyone’s question, he prefers the White Sox over the Cubs. John is currently an intern for TheUrbanTwist.com.